The Central Bureau of Investigation (CBI) have registered three separate FIRs on the basis of complaints received about the alleged impersonation of senior officials posted at the Prime Minister's Office (PMO). All the FIRs were registered on Tuesday. 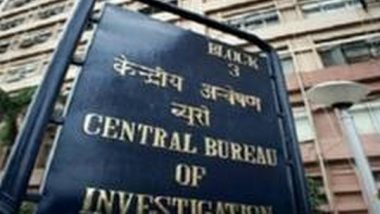 New Delhi, June 30: The Central Bureau of Investigation (CBI) have registered three separate FIRs on the basis of complaints received about the alleged impersonation of senior officials posted at the Prime Minister's Office (PMO). All the FIRs were registered on Tuesday.

In the first case, CBI received a complaint from Anil Kumar Sharma, Assistant Director, PMO in New Delhi. The complaint reads that it has come to the notice that a senior IPS officer posted in Chandigarh has been approached by a person claiming to be Rohit Yadav, Joint Secretary, PMO and soliciting the transfer of a police constable. Land For Job Scam: CBI Registers Fresh Case Against RJD Chief Lalu Yadav, Raids 16 Locations.

"Prima facie it appears to be a case of impersonation of PMO official since no such call has been made by such official and the number is also not of the official," the complaint reads.

In another case, a complaint has been received from PK Issar, Assistant Director in PMO had forwarded a complaint about initiating an investigation in the matter.

It reads that a person named Dr Shiva Kumar from Kerala has been learnt to be impersonating a PMO official and making calls to people from his mobile number, allegedly claiming to be a Personal Advisor to the Prime Minister.

The third FIR reads that where the complainant mentioned that one person claiming to be a Personal Assistant in PMO and impersonating himself as a PMO official misrepresented to one Ravikant Kharab that he could procure a government job for him in RBI in lieu of consideration amount of Rs three lakh out of which Rs 25,000 was paid in advance to the said Prince by Ravikant Kharab.

A senior CBI official informed that in all the complaints FIR have been registered and cases are under investigation. The accused will be arrested soon.