He was awarded the Padma Bhushan, the third-highest civilian award, in 2000. 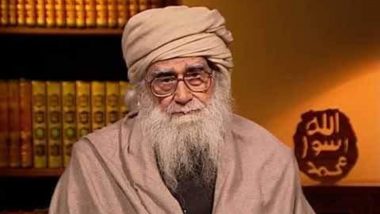 New Delhi, April 21: Islamic scholar Maulana Wahiduddin Khan passed away on Wednesday at the age of 96. He had recently tested positive for COVID-19.

Family sources said he breathed his last at Delhi's Apollo Hospital. He was admitted to the hospital on April 12 due to the coronavirus infection. Maulana Wahiduddin Khan Dies at 96: PM Narendra Modi Condoles Death of Islamic Scholar, Says 'Will Be Remembered for His Insightful Knowledge on Spirituality'.