Stressing that nation always comes first, Prime Minister Narendra Modi on Sunday said the need of the country is to unite and work towards national progress. 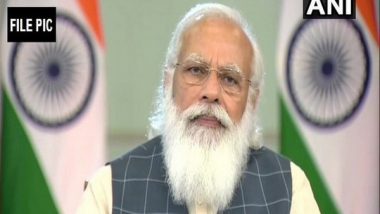 Addressing the 79th edition of his monthly radio programme 'Mann ki Baat', the Prime Minister said: "There is a need for India to unite and work towards national progress. We have to proceed with the view that 'Nation First and Always First'."

He pointed out that "Mann ki Baat" celebrates positivity and collectivity.

The Prime Minister further cited a recent survey carried out by the Centre which showed that 75 per cent of those who sent their suggestions and messages to the monthly radio programme are below 35 years.

"A recent study by MyGov found that about 75 per cent of those who send their message and suggestions to Mann Ki Baat are below 35 years. I am unable to take up all the inputs I receive for Mann Ki Baat but I do forward many of them to the concerned government departments. I get to learn about the minds of young generation through Mann Ki Baat," he said.

"This month we reviewed almost 30,000 inputs to get a sense of the age band which is most regularly contributing to the programme," he said.

"Mann ki Baat" is the Prime Minister's monthly radio address to the nation, which is broadcast on the last Sunday of every month. (ANI)