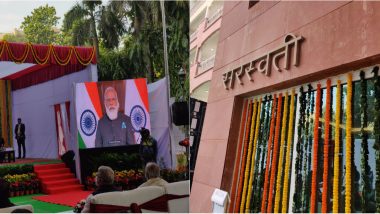 Eight bungalows, which were more than 80-years-old, have been redeveloped to construct 76 flats.

The construction of these flats has been completed with savings of about 14 per cent from the sanctioned cost and without time overrun despite the impact of COVID-19, a statement by the PMO said.