Get latest articles and stories on Latest News at LatestLY. The direct selling industry grew 7.7 per cent in the pandemic impacted FY21 to cross the Rs 18,000 crore mark for the first time, according to a report. 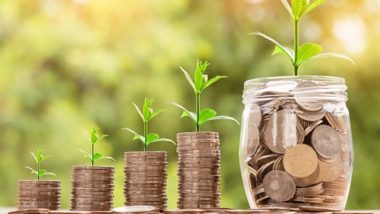 "In a year dominated by the COVID-19 pandemic and comprehensive lockdowns, the Indian Direct Selling Industry has managed to emerge stronger and maintain its growth momentum. This has been achieved by constant innovation, adoption of new technology and custom driven adjustments to customer and market needs," it noted. The Annual Survey 2020-21 revealed that employment in the direct selling industry has also increased.

The total number of active direct sellers in FY21 grew 6.32 per cent to 7.9 million against 7.4 million in FY2019-20. "In terms of the gender ratio of Direct Sellers, the industry currently comprises 53 per cent of male and 47 per cent of female active Direct Sellers," as per the report.

According to the report, the growth was driven by wellness, cosmetics and personnel care segments. Wellness as a category accounted for 57.8 per cent of the total direct selling business, followed by cosmetics and personal care products at 8.2 per cent.

"By providing livelihood opportunity and skilling to almost 80 lakh Indians, the Indian Direct Selling Industry has proven that it has established itself in India's socio-economic landscape," Choubey said. The government has given policy clarity to this industry by way of the Consumer Protection (Direct Selling) Rules 2021.

"I am confident that the Consumer Protection (Direct Selling) Rules 2021 will pave the way for further growth. I am also happy to note that the DS Industry has incorporated the use of technology to conduct digital transactions, promoted self-employment and the spirit of creating start-up businesses," he said.

IDSA Chairman Rajat Banerji said: "IDSA member companies have contributed 54.2 per cent to gross industry revenues – Rs 9,800 crore in FY2020-21 - which is a substantial increase from the Rs 8,442 crore recorded in FY2019-20 - a 13.9 per cent increase year-on-year". IDSA is a self-regulatory body for the direct selling industry in India.