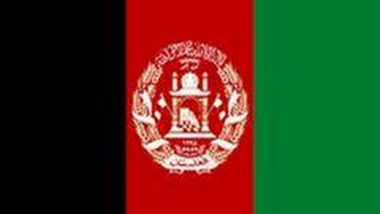 Kabul, May 19: In an airstrike by Afghan Air Force (AAF) on Monday at least 19 Taliban terrorists, including four key members and three Pakistani nationals, were killed in Faryab province. Afghan military's 209th Shaheen Corps confirmed the news on Tuesday. According to their statement, the Taliban were killed in an AAF air raid on a Key Taliban base in the Khwaja Namusi area of Pashtun Kot district in Faryab province on Monday evening, reported The Khaama Press.

According to the statement three Pakistani nationals in the ranks of the Taliban were also killed in the airstrike, reported The Khaama Press. 15 others including Mullah Shoaib Taliban's military chief for Faryab province were wounded following AAF airstrikes in the region, and 17 different types of vehicles belonging to the Taliban terrorists were also destroyed. Israel-Palestine Conflict: Israeli Airstrikes Kill 6, Level Large Family Home in Gaza.

The airstrikes were conducted while senior Taliban commanders and military officials from several districts had gathered to plan their offensives on various parts of the Faryab province, the statement said.

So far, the Taliban has not commented on the air raid mission conducted by the Afghan Air Force, reported The Khaama Press. This comes as security sources in Herat province said Feroz Ahmad head of the police for Torghundi district was killed in clashes between the Taliban and government forces.

Moreover, local sources indicated a National Directorate of Security (NDS) member was killed and two others were wounded in a Taliban attack in the Imam Sahib district of Kunduz province. A member of Kunduz provincial council, Khaliludin Hakimi said that the incident happened on Monday night. Security officials in the region confirmed the Taliban attack but did not provide further details. The Taliban have not yet commented on the incident.