Sri Lankan Police Arrest 1,500 People in Connection with May 9 Violence

On Saturday, Inspector General of Police Chandana D Wickramaratne was interrogated by the Criminal Investigation Department (CID) over his alleged actions that triggered the violent clashes that killed at least 10 people and injured over 200 others. 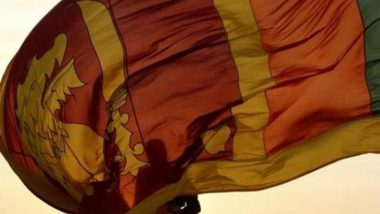 Colombo, May 23: Sri Lankan police have arrested at least 1,500 people so far in connection with the violent clashes between anti- and pro-government protesters in the country earlier this month that killed at least 10 people and injured over 200 others, according to a media report on Monday.

On May 9, violence erupted in Sri Lanka after supporters of former prime minister Mahinda Rajapaksa attacked peaceful anti-government protesters demanding his ouster over the country's worst economic crisis that led to acute shortages of staple food, fuel and power.

On Saturday, Inspector General of Police Chandana D Wickramaratne was interrogated by the Criminal Investigation Department (CID) over his alleged actions that triggered the violent clashes that killed at least 10 people and injured over 200 others.

Pathirana added that the President demanded action be taken to prevent the situation from spiralling out of control. Following the President's orders, police rushed to the spot and fired tear gas and water cannons on the mob, by which time scores were injured and at least 10 people were dead, according to Colombo Gazette news portal.

The CID had earlier quizzed three members of the ruling SLPP parliamentary group over their alleged involvement in the clashes. Two of their colleagues who were arrested previously have been remanded in custody till May 25.

On Friday, Namal Rajapaksa, a former minister and the son of former Sri Lankan Prime Minister Mahinda Rajapaksa, was also summoned and his statement has been recorded. Members of the ruling coalition government blamed Opposition party Janatha Vimukthi Peramuna for instigating the violence on May 9, which was vehemently denied by the Marxist party.

The mob destroyed several tents and other structures erected at Galle Face in Colombo and also attacked some of the demonstrators. The violence saw arson attacks on the homes of several politicians, including the ancestral home of the Rajapaksas in Hambantota.

The properties of some 78 government parliamentarians faced arson in the ensuing attacks. Sri Lanka has been witnessing large-scale protests against the government's handling of the debt-ridden economy - the worst-ever economic crisis in the country's history. India Deliver Over 2 Billion Humanitarian Assistance Consignment to Sri Lanka Amid Rising Economic Crisis.

The country of 22 million is grappling with unprecedented economic turmoil since its independence from Britain in 1948. The crisis is caused in part by a lack of foreign currency, which has meant that the country cannot afford to pay for imports of staple foods and fuel, leading to acute shortages and very high prices.