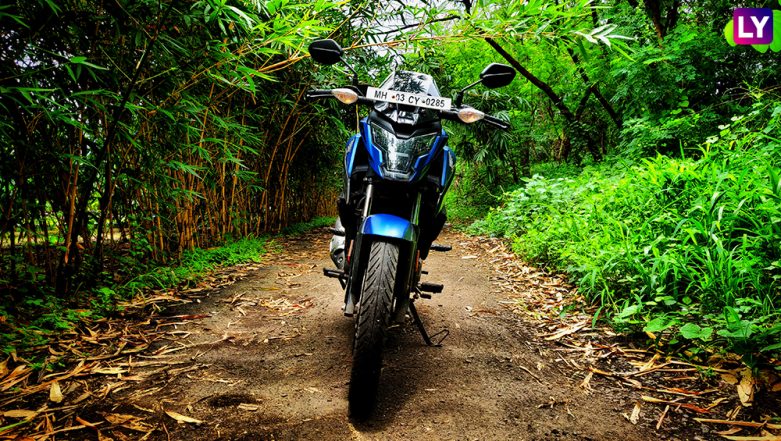 The Indian entry-level performance motorcycle segment is currently flooded with numerous motorcycle from various bike makers. The space is so competitive that Honda X Blade is the third product from the Japanese bike maker, which fits in between CB Unicorn 160 and CB Hornet 160R. So, where does Honda X Blade fits in? Is it any different from its sibling? Is it just the aggressive looks or has something more to offer for the Indian audience? Let's find out!!

Design and Looks: The sharp and cutting-edge design is one of the first things you will notice about Honda X Blade. Out of Honda’s 160 lot, Honda X-Blade looks sportier than Unicorn 160 and CB Hornet 160R. On the styling terms, the motorcycle flaunts new body panels that is one of the highlighting points here. The sculptured fuel tank continues to intimidate the aggressive appearance of the bike. The Honda X-Blade is quite a bigger motorcycle for 160cc- segment bike, giving a hint of an adventure tourer. The pointy ‘Robo Face’ Full LED headlight upfront and ‘Razor Edged’ LED tail light is the segment first unit that makes the game pretty much stronger for X-Blade in comparison to its rivals. Triumph Street Triple S Road Test Review: An Intuitive Street Champion. 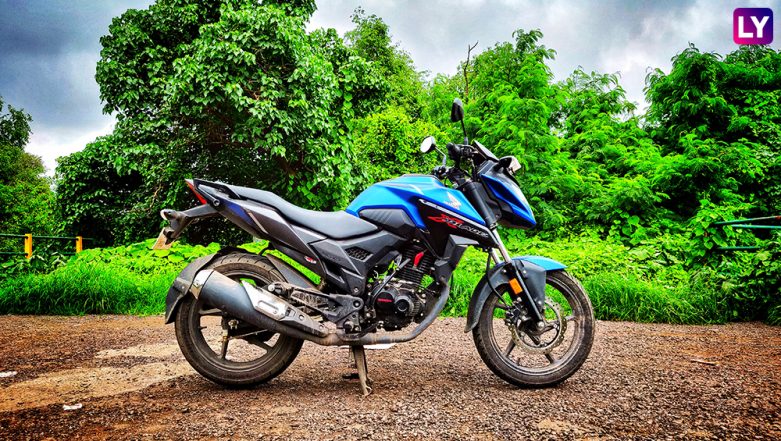 Ergonomics: Needless to say, Honda X-Blade is an everyday motorcycle with commuter styled riding stance. Moreover, the foot-pegs are placed slightly backwards giving a trivial aggressive sitting position for the rider. Also, the handlebar is a bit raised, which makes riding the motorcycle more comfortable on a day to day basis. The positioning of the rear brake lever should have been a bit lower as it caused slight exaggeration on the right foot while riding for a more extended period. 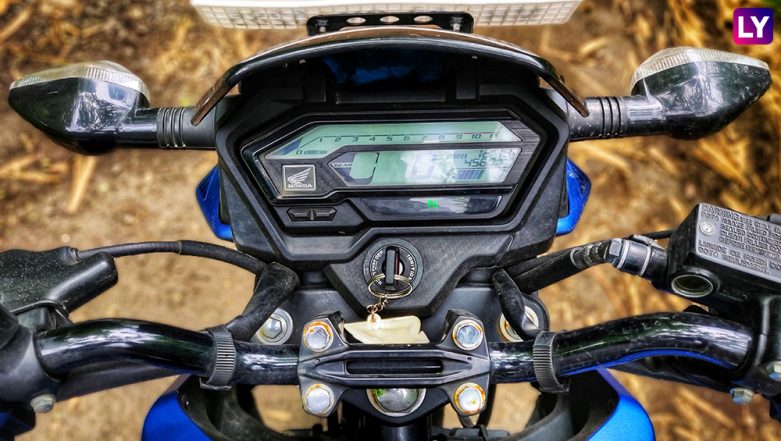 The Street-Tech Digital meter on the Honda X-Blade is well-lit panel making every reading easily readable. It also gets innovative displays such as service due indicator and gear position indicator makes more straightforward for the rider to understand bike’s standing. The one-piece seat on the motorcycle is crafted to elevate comfort levels while traveling on a longer route, giving comfortable feedback for the rider as well as pillion. The rear section of the motorcycle is accentuated by groovy grab rails that adds a sporty character to the bike. 2018 TVS Apache RR 310 Road Test Review: A New Moderniser out Here. 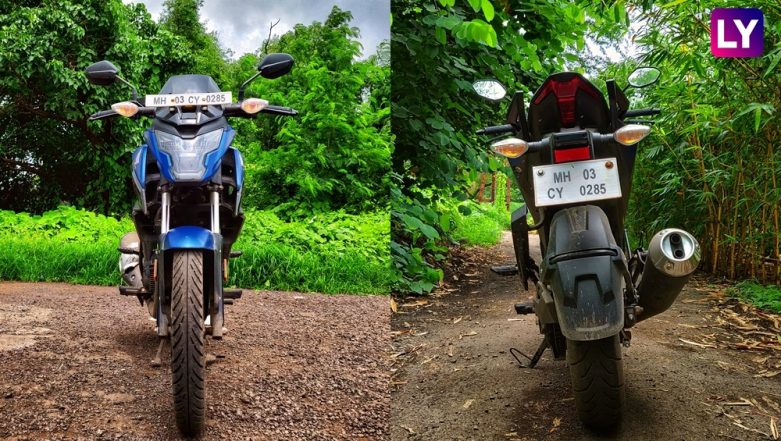 Ride & Handling: The suspension duties on Honda X-Blade are taken care by telescopic front forks upfront and mono-shock setup at the rear making it a comfortable ride. However, the suspension setup felt a bit on the stiffer side, particularly while tackling potholes and uneven roads. The braking duties on the Honda X-Blade are carried out by 276 mm disc brake upfront whereas rear end gets a 130 mm drum brakes. It misses out on disc brake at the rear as well as CBS, which should have made the bike a more value for money proposition. The wide rear tyre of 130mm with hugger fender offers a better road grip instating confidence into the rider. The hazard switch provided on X-Blade is undoubted as an add-on, which comes handy during low visibility conditions. 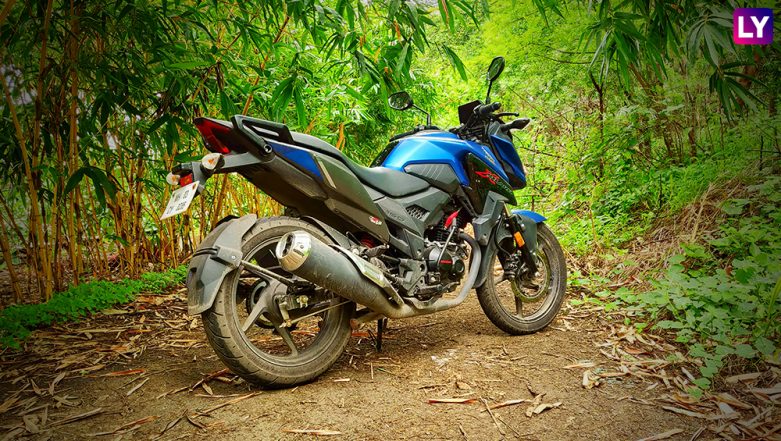 Engine and Performance: Moving on to engine specs, the X-Blade features the same 162.71cc single-cylinder engine as seen on the CB Hornet 160. However, this unit is a refined version with minimal vibrations on lower or high RPM levels. The unit fitted on X-Blade is claimed to make 13.93 hp of maximum power @ 8500 rpm with peak torque of 13.90 Nm @ 6000 rpm. The 160cc engine offers a smooth ride with laid-back throttle response underlining the commuting experience for the rider. Talking about the performance aspect of X-Blade, the motorcycle returned fuel economy of approximately 41 kmpl. However, the gearbox felt pretty clunky with several false neutrals coming our way. After tackling bumper to bumper traffic, the bike is three digit speed with an upshift. Yamaha R15 V3 Motorcycle Road Test Review: The Best R15 Till Date. 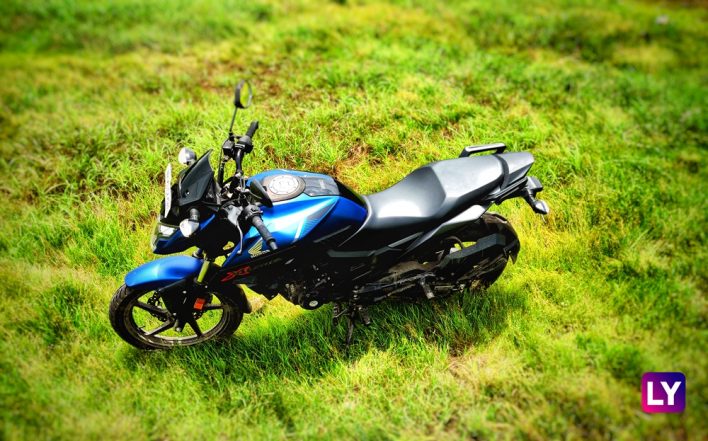 Verdict: On the whole, the new Honda X-Blade 160 motorcycle in an ideal combination of fresh design and Honda’s reliance engine with added sporty elements and a fully digital instrument cluster. However, there are numerous aspects Honda need to incorporate on the X-Blade, kill switch is definitely on top of the list as its absence was felt every time cutting off the ignition. Secondly, the motorcycle could have offered with CBS (Combi-Braking System), at least as an option. Moreover, X- Blade also missed out on front disc brake, which required more feedback. However, X-Blade is absolutely a fresh approach which sits under the price tag of Rs. 79,000 (ex-showroom).