Triumph Motorcycles India is all geared up for the launch of the all-new Bonneville T100 Black and T120 Black motorcycles in India. The iconic British motorcycle brand will be adding two new bikes in the portfolio for the Indian market on June 12. 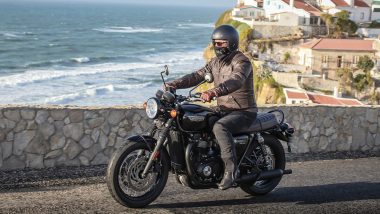 Triumph Motorcycles India is all geared up for the launch of the all-new Bonneville T100 Black and T120 Black motorcycles in India. The iconic British motorcycle brand will be adding two new bikes in the portfolio for the Indian market on June 12. This information was confirmed by the two-wheeler manufacturer via its official Twitter handle, confirming the arrival of both the bikes. Though the bikes will retain the original design, they will get an all-black theme which will enhance the overall appearance of the motorcycles. 2020 Triumph Street Triple RS Motorcycle Officially Launched; Priced in India at Rs 11.13 Lakh. 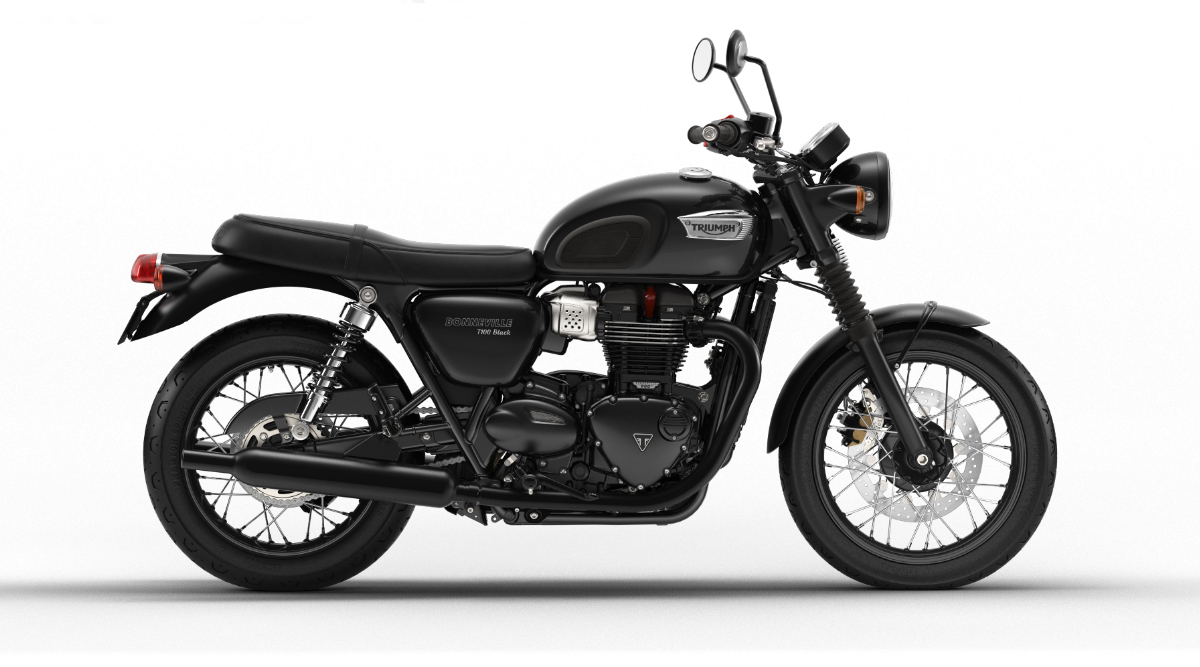 The Triumph Bonneville T100 Black will sport a matte black finish or jet black finish over its parts and body panels. The same graphite paint scheme will be seen on the Bonneville T120 Black. The motorcycle will be seen with a jet black shade on the parts like mirrors, headlamp rim, indicators, engine and wheel rims. It is important to note that there are no other modifications on the bikes, apart from the exterior cosmetic changes.

Speak the language of sophistication and individuality with this truly distinguished black look. On June 12th.#TheBlackIcons pic.twitter.com/shOQucRYWN

The timeless icons, reborn in black for a new generation, encapsulating the authentic British style and character.

The upcoming Triumph Bonneville T100 Black will be powered by a 900cc high torque, liquid-cooled parallel-twin engine. The unit is capable of churning out 54 PS of maximum power at 5,900 rpm against 80 Nm of peak torque at 3,230 rpm. It will be paired to a 5-speed gearbox. Feature-wise, the motorcycle will get ride-by-wire, dual-channel ABS, switchable traction control, USB charging socket and other electronics and rider assist features. 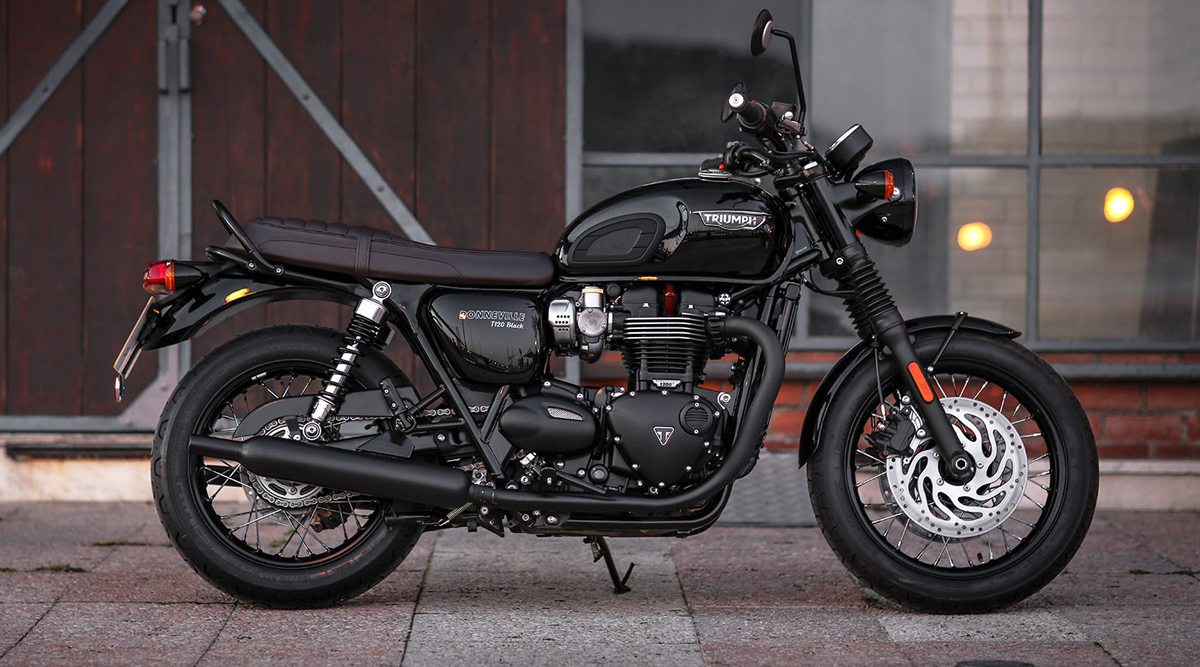 On the other hand, the Bonneville T120 Black will get a bigger 1,200cc, twin-cylinder engine. It will be tuned to produce 79 PS @ 6,550 rpm with 105 Nm @ 3,100 rpm. The unit will be clubbed to a 6-speed transmission. The bike will be equipped with features like LED daytime running light, dual-channel ABS, ride-by-wire, riding modes, traction control, heated grips, centre stand and much more.

(The above story first appeared on LatestLY on Jun 09, 2020 09:30 PM IST. For more news and updates on politics, world, sports, entertainment and lifestyle, log on to our website latestly.com).