A Rendezvous With The Works of a Versatile Film Director: Mukesh Asopa

We are well aware of the fact how films play an integral role in the entertainment sector. Where not only do they become mirrors for people to experience things they wouldn’t otherwise, films also offer a dimensional scope to the people that incorporates elements of human life, making them the reflections of the masses. 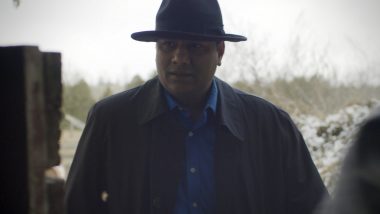 We are well aware of the fact how films play an integral role in the entertainment sector. Where not only do they become mirrors for people to experience things they wouldn’t otherwise, films also offer a dimensional scope to the people that incorporates elements of human life, making them the reflections of the masses. But what marks a great film, is all the effort put in by the staff, especially that of a director, whose vision and guidance shapes the ultimate outcome. Regardless of a feature film’s budget, a great director has many admirable qualities. An example of that is Mukesh Asopa, who is an award-winning film director, actor, and producer.

Asopa is a member of DGC (Directors Guild of Canada), as well as an alumnus of the prestigious Barry John acting studio. Prior to attaining this magnitude of success, looking back to his debut, Asopa entered the film industry when he began acting and then eventually turned out to be a versatile person specializing in creating tantalizing films that have not only captured the eyes of millions of people but also held in regard the quality of creative and unique work of Asopa.

Asopa Films Inc., since its foundation, under the leadership of Asopa, has released numerous worthwhile film projects that have won several awards and accolades. These include Aisha and Rahul, The Taste of Relation, Zombie Beach, Chambers Gate, Depth of Pyaar, and Bloody Romeo. The launch of these exceptionally great films that are a culmination of Asopa’s creative skills, hard work, and vision undoubtedly set a glorious path for him that naturally highlights his upcoming full of wonder and creative projects. Looking at the themes of some of these films, such as Aisha and Rahul, a romantic comedy that highlights the themes of love, friendship, and reincarnation, and The Taste of Relation, a  drama/thriller representing a culmination of western culture and eastern values highlighting sacrifice and a lesson for the younger generation, it is quite clear how Asopa has managed to not only create masterpieces but also explore varied approaches in order to reflect the realities of society at large. Asopa’s most recent film, Depth of Pyaar, turned out to be one of his most critically acclaimed films yet winning over 50 awards and 40 other nominations. In the upcoming years, Asopa is set to release several other films which include Postal Code, Universal Greed, Untitled Zombie Project, and SRI DUNGARGARH.

Where Asopa’s work has ensured him a long-standing position in the film industry, it has also earned him worthwhile professional relations with multiple collaborators. It is Asopa’s goodwill that has resulted in him working on more and more projects as an independent filmmaker in his own right. What separates Asopa from others is his vision to work on multiple genres be it thriller, horror, drama, or romance which evidently makes him a versatile man excelling in all his endeavors. Few factors that play a significant role in his movies are, first of all, sets, each and every minute detail of it, spoken word, of which he is very precise and never compromises with, believing dialogue delivery to be the backbone of the screen.

With all his efforts, Asopa has built an empire in the Canadian, as well as North American film industry, which is continually expanding. Whether you’re feeling up or down, one can guarantee that you’ll be able to find a Mukesh Asopa film that keeps you entertained from start to finish.