Abhishek Bachchan On Films Releasing Online: ‘The Experience Of Going To A Movie Hall Cannot Be Matched By An OTT Platform’ 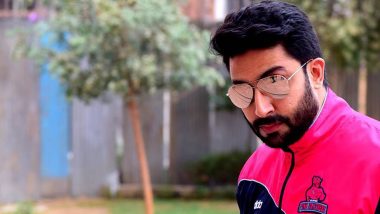 Abhishek Bachchan is gearing up for the release of the Amazon Original series, Breathe: Into The Shadows. He will be seen playing the role of a desperate father, who is ready to go to any extent in search of his missing daughter. The series that also stars Nithya Menen and Amit Sadh in the lead, is all set to be premiered from July 10. Ahead of the release of season 2, Abhishek shared his views on the first season of Breathe. Ajay Devgn Congratulates Abhishek Bachchan for Completing 20 Years in Bollywood, Wishes the Actor For His Digital Debut With Breathe 2.

About it Abhishek Bachchan told Mid-Day, “I loved the first episode of the first season. I purposely didn’t watch the rest of the edition because I didn’t want to be influenced by it. Mayank (Sharma, creator-director) has incorporated some of his learnings from the first season into this one.” Besides discussing about his new show, the actor also opened up about the release of films on OTT platforms. Breathe Into the Shadows Trailer: Abhishek Bachchan is a Doting Father Who Turns Murderer to Save His Child (Watch Video).

Owing to the ongoing global crisis, several directors and producers have decided to release their films online. This has not only left the theater owners upset, but it has also changed the experience for audiences to watch films. Regarding it Abhishek Bachchan was quoted as saying, “The past two years have been a brilliant time for cinema, too. The streaming services are pushing filmmakers to up their game. However, the experience of going to a movie hall cannot be matched by an OTT platform.” Well, one cannot disagree to what Abhishek stated. The experience of watching films on the big screen is totally different!

(The above story first appeared on LatestLY on Jul 02, 2020 10:02 AM IST. For more news and updates on politics, world, sports, entertainment and lifestyle, log on to our website latestly.com).