Ananya Panday Is All Praises For Fighter Co-Star Vijay Deverakonda 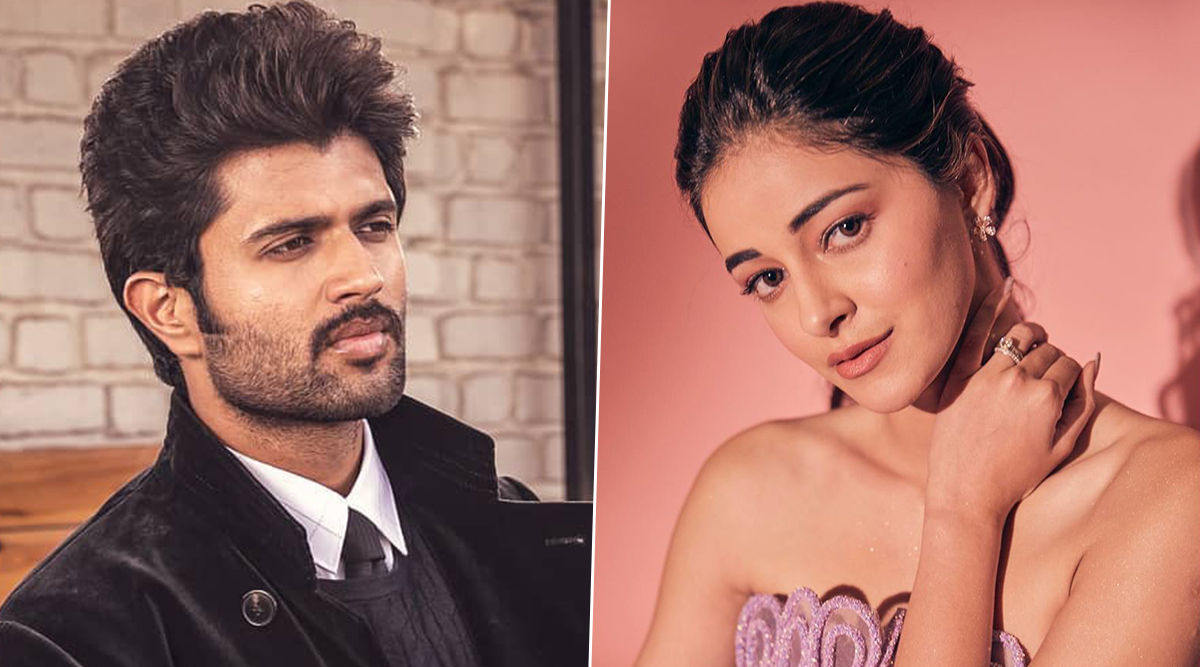 Ananya Panday is all set to foray into South Cinema, whereas Vijay Deverakonda will be making his debut in Hindi Cinema with Puri Jagannadh’s film, Fighter. The young, gorgeous actress of Bollywood has been paired opposite Tollywood’s heartthrob, Vijay Deverakonda. While fans are intrigued to watch this refreshing jodi on the big screens, the movie buffs would also like to see how Ananya and Vijay would cope up with the debut in the respective industries. In an interview to a leading tabloid, Ananya has not only shared about her excitement to be a part of this project, but she was all praises for her co-star as well. Fighter: Ananya Panday Shares Intriguing Details About Her Upcoming Film with Vijay Deverakonda.

Talking about Ananya Panday’s move to making a debut in South Cinema at such an early stage of her career, she told Mid-Day, “I have a strong character arc in the film, and my part is pivotal (to the story). So, it has been a liberating experience to be part of such a film. Also, at the end of the day, I think content is all that matters. We shouldn’t divide the industries on the basis of language. Parasite (Korean film, 2019) winning (the top honours) at the Oscars has shown that language isn’t a barrier anymore.” Vijay Deverakonda-Ananya Panday’s Untitled Film’s Shooting Schedule in Mumbai Completed, Fans Can’t Wait to Watch This Reel Couple!

There are many actress’ names doing rounds on who would be paired opposite Vijay Deverakonda in Fighter. Fans were surprised that it was Ananya Panday who has bagged that role. So while talking about the heartthrob of Tollywood, she further stated, “I have yet to meet someone who is so grounded and humble despite being such a huge star. He is kind and soft spoken.” The makers are yet to announce the film’s release date. This film is produced under the banners of Puri Connects and Dharma Productions.