Aamir Khan’s Feedback Is Important as He Is ‘Brutally Honest’ with His Opinion, Says Kunal Kapoor

Actor Kunal Kapoor stars in the upcoming film Koi Jaane Na, and he says he valued the feedback of his Rang De Basanti co-star Aamir Khan, because he feels the latter is "brutally honest" with his opinion on films. 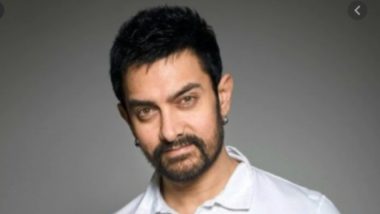 Actor Kunal Kapoor stars in the upcoming film Koi Jaane Na, and he says he valued the feedback of his Rang De Basanti co-star Aamir Khan, because he feels the latter is "brutally honest" with his opinion on films. Incidentally, Aamir has done a special dance number titled "Har fun maula" with Elli AvrRam for "Koi Jaane Na", to boost the film's chances. Shah Rukh Khan Conducts #AskSRK: From Dropping Hint About His Next to Picking His Favourite Aamir Khan Films – 7 Best Replies by King Khan!

"I think one of the interesting part is, no one -- whoever watched the film in the special screening -- managed to guess the end, and for a thriller-mystery, keeping the audience hooked till the end is important. We realised that the surprise element was working for our film. Most importantly Aamir and (filmmaker) Ashutosh (Gowariker), whom we all love and respect for their work, liked the film," Kunal told IANS. Laal Singh Chaddha: Naga Chaitanya To Step Into Vijay Sethupathi’s Role In Aamir Khan’s Film – Report.

"Aamir is brutally honest with his feedback, so initially we were a little worried. I mean he could have come out post-screening and tell us 'Listen guys you better move on, because this film is trash and it is not gonna work', you know what I mean? (laughs). But his liking the film means a lot," Kunal claimed.

Amyra added: "When finally Aamir sir said that the film is good, for me, Kunal and (director) Amin (Hajee) it was a great deal." In the film, Kunal plays a writer named Kabir Kapoor and Amyra Dastur plays his love interest. The story unveils how a series of mystery murder that takes place coincides with what Kabir writes in his book. The film is set to release in theatres on April 2.

(The above story first appeared on LatestLY on Apr 01, 2021 02:02 PM IST. For more news and updates on politics, world, sports, entertainment and lifestyle, log on to our website latestly.com).