After Pari, Anushka Sharma to Roll Out Three Movies From Her Production House

If the story is true, more power to Anushka Sharma! 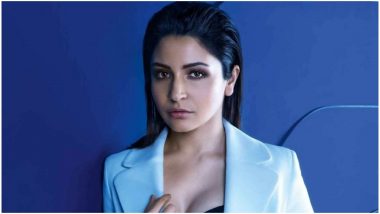 When it comes to the movies she is bankrolling, Anushka Sharma surely has a good taste in selecting the different content. She made her debut as a producer with the thriller, NH 10. Not only did the movie got critical acclaim, it was also a profit-earner at the box office. Her second movie, Phillauri, was a fantasy family entertainer with a supernatural theme that had difference in its content but failed to impress both the critics and the masses. Pari, her latest production that came out this year, was a game-changer when it comes to Bollywood horror.

As per the report, an source close to the development told DNA, “Anushka is hand-picking and curating content that is clutter breaking. Karnesh and she will roll out three new films soon and all of them will be of different genres. If you look at what her production house has been doing, you will notice that they have experimented with and redefined diverse genres through their movies.”

Through these movies, Anushka will also be giving more opportunities to talented, upcoming cast and crew. “She is also empowering young and ambitious actors, directors, and technicians through her production house by backing their talent and standing by their vision. The next set of movies from her banner will live up to her philosophy,” the source concluded.

If the story is true, more power to Anushka Sharma!

Meanwhile, Pari has becomes one of the few Indian movies to get a mainstream release in Russia.

(The above story first appeared on LatestLY on Mar 30, 2018 06:11 PM IST. For more news and updates on politics, world, sports, entertainment and lifestyle, log on to our website latestly.com).