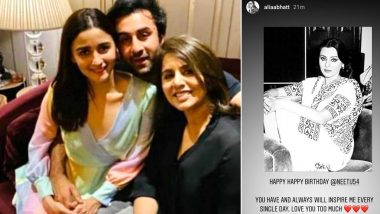 Yesteryear actress Neetu Kapoor celebrates her 62nd birthday on July 8, 2020. The Bollywood diva who started acting at an early age of 8 with the name Baby Sonia has given many hits to Hindi cinema. On this very special day, her fans, as well as industry friends, took to social media and wished the beautiful soul a very happy birthday. Even a few of her old pictures went viral on the internet. However, amid this, fans were eagerly waiting for Alia Bhatt to shower love on Neetu Kapoor. And well, the Raazi actress wished the Kabhie Kabhie actress by sharing a throwback picture on her Instagram. Rishi Kapoor's Scrabble Legacy Comes Alive In Neetu Kapoor's Game As She Defeats Daughter Riddhima Twice (View Post).

Alia who is reportedly dating Ranbir Kapoor took to her IG stories and teased fans with a monochrome pic of Neetu Kapoor along with a pretty little write up. Alia wrote, “Happy Happy Birthday @neetu54. You have and always will inspire me every single day. Love you too much.” followed by three red heart emoticons. Well, we really loved how Bhatt went down the old is gold way and shared an alluring picture of Neetuji. 'End of our story': Neetu Kapoor’s Bittersweet Post on Rishi Kapoor’s Demise Is Heartbreaking (View Pic).

Check Out Alia Bhatt's Post For Neetu Kapoor Below: 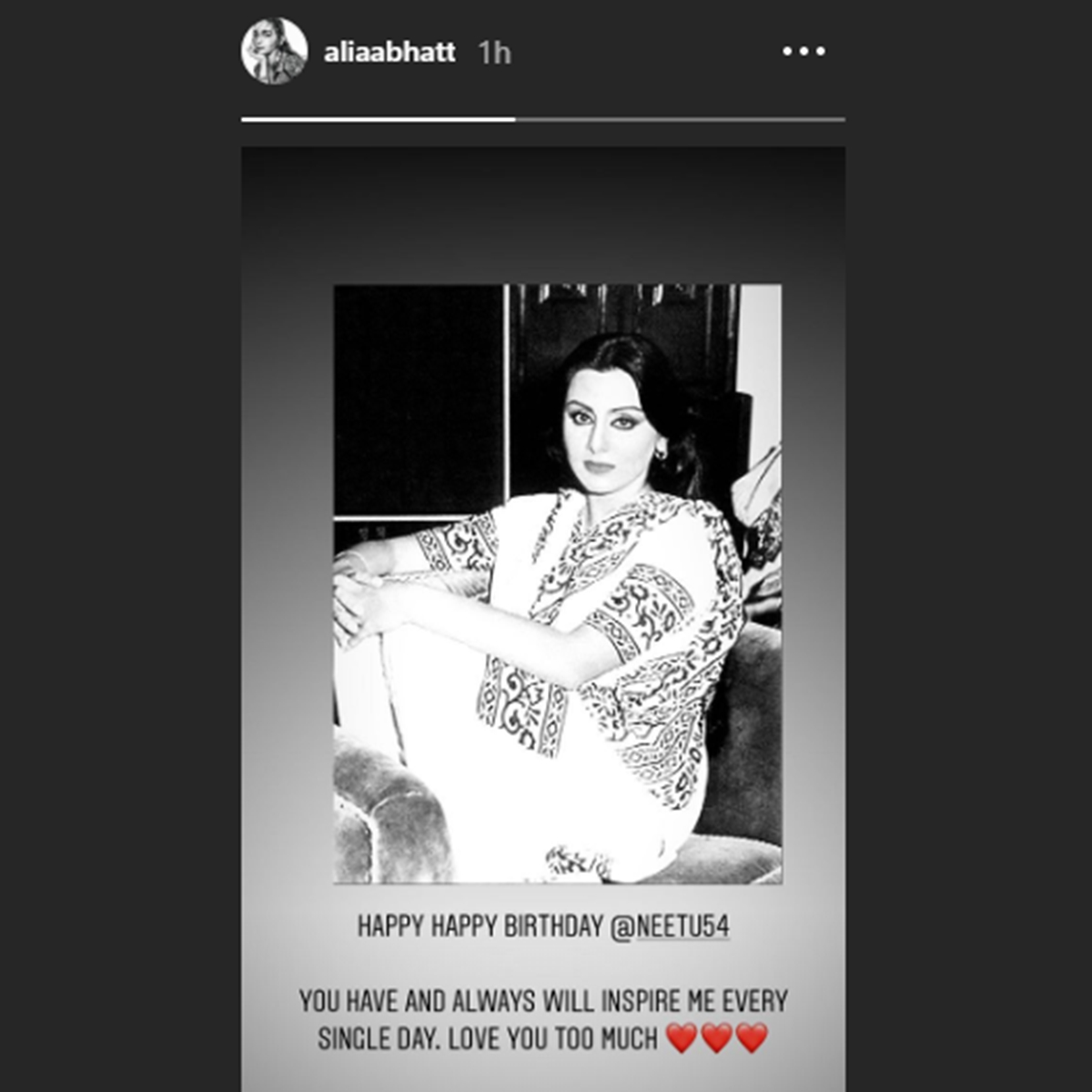 The first one to wish Neetu Kapoor was her daughter, Riddhima. She had shared some stills from the dinner eve which she organised for her maa. In those photos the veteran actress was seen glowing and how. Here's wishing the actress a happy 62nd from team LatestLY. Stay tuned!

(The above story first appeared on LatestLY on Jul 08, 2020 06:34 PM IST. For more news and updates on politics, world, sports, entertainment and lifestyle, log on to our website latestly.com).