Alia Bhatt-Varun Dhawan’s Kalank Is Inspired by the Book What the Body Remembers? 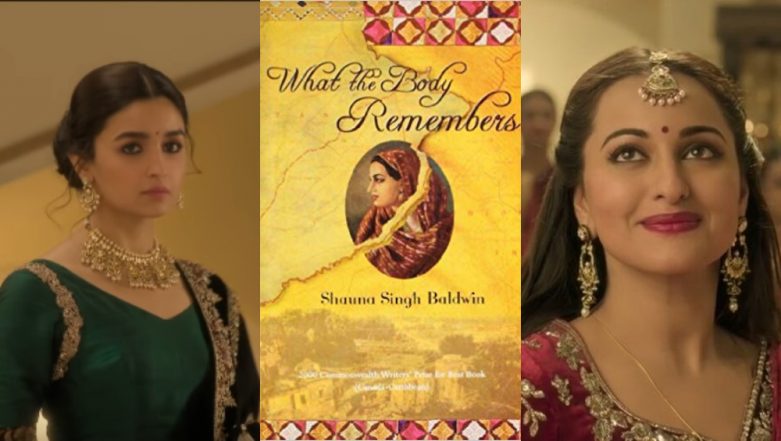 Karan Johar's dream project, Kalank, has been in the making for quite some time now. If an Instagram post by him is something to go by, the inception of the story took place 15 years ago. The first teaser and the songs of the film have been released. All have been well-received by the fans. The first full-fledged trailer of the film is due to come out tomorrow and, just like everyone else, we are excited. But a debate with the potential to become a controversy has already erupted on social media platforms. Turns out, the idea for Kalank might have been borrowed from the book, What the Body Remembers, by Shauna Singh Baldwin, that came out in the '90s.

So, it is tough to track down the original tweets but over the past 24 hours multiple accounts have pointed out the similarities between Kalank and What the Body Remembers. Now, not much about the plot of the movie is known, but whatever we know has some similarities to the book. For instance, the names of the two female lead characters. Alia Bhatt plays Roop and Sonakshi Sinha plays Satya, which are also the names of the two female lead characters in the book. Kalank Title Track: Arijit Singh's Melodious Voice With Varun Dhawan and Alia Bhatt's Mesmerising Chemistry Will Cast an Everlasting Spell on You - Watch Video.

Please jog my memory and remind me of this movie which the producer claims is an original concept.

A film that was born in my heart and mind 15 years ago....a film I passionately believe in...the last film my father worked on before he left us....it was his dream to see this film come through....I couldn’t fulfil his dream then....my spirit was broken....but today his wish has found a relationship with celluloid....the story of turbulent relationships and eternal love has found a voice....the film has been woven,nurtured and visualised by ABHISHEK VARMAN....and the film Is KALANK! Set in the 40’s but it’s heart lives on.....TOMORROW the journey begins.....am excited ...anxious and emotional about this one...I do hope you join us on our path to undying love.....#KALANK

The synopsis of the book available online reads, "Out of the rich culture of India and the brutal drama of the 1947 Partition comes this lush and eloquent debut novel about two women married to the same man."

"Roop is a young girl whose mother has died and whose father is deep in debt. So she is elated to learn she is to become the second wife of a wealthy Sikh landowner in a union beneficial to both. For Sardaji’s first wife, Satya, has failed to bear him children. Roop believes that she and Satya, still very much in residence, will be friends,"

From the trailer of Kalank, we know that Sonakshi and Alia's characters are married to the same man, played by Aditya Roy Kapur.

Someone pointed out the issue to the author of the book, and turns out, she has the sanest response so far. "Have you seen the movie? Have you read What the Body Remembers? This is a pretty serious charge. Please be very sure," she asked one Twitter user, who has now deleted the tweets.

Have you seen the movie? Have you read What the Body Remembers? This is a pretty serious charge. Please be very sure.

"No one has purchased film rights to What the Body Remembers," she responded to another Twitter user.

No one has purchased film rights to What the Body Remembers. @TransLitAgency

Some fans argued against the said plagiarism theories as well.

If Kalank is an adaptation of "What The Body Remembers" then can you tell me what are Zafar, Bahara Begum n Balraj doing there?

This book revolves around Satya and as far as I remember Sona has shot merely for 15-20 days. If you think the film revolves around her,joke is on you pic.twitter.com/3Z81hc68Km

From the available synopsis, Dharma Productions seems to have introduced new characters in Kalank, which are not there in the bool. Well, we will only get the answers once the movie releases. Or maybe someone will pop the question to Karan Johar at the trailer launch tomorrow.