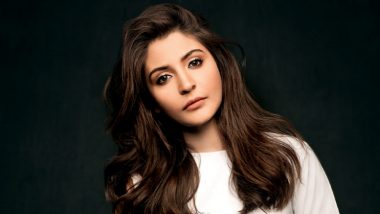 Now that's one great news! Anushka Sharma will be awarded with a Dadasaheb Phalke Award as a Path Breaking Producer. The actress turned producer started her own production company in 2014 with her brother Karnesh Sharma. Their first film as producers, NH 10, was a huge success and the actress has ensured that she pushes the envelope and puts out content that is out of the box. Phillauri and Pari have also been produced under Clean Slate Productions. The actress has managed to redefine genres and has produced films under different genres in the last four years. She started with thriller, moved to romance and then horror.

Pari was one of her biggest and most critically acclaimed film yet. It was one horror film that India deserved and had seen after a really long time. Anushka decided to produce films when she was just 25 and at the peak of her career. We are pretty sure that the actress will continue to make brilliant films for fans and critics. She is currently shooting for Sui Dhaaga with Varun Dhawan and Aanand L Rai's Zero with Shah Rukh Khan and Katrina Kaif. The actress totally deserves  the award since she has managed to impress the audience a lot with her recent work. (ALSO READ: Anushka Sharma in Pari, Deepika Padukone in Padmaavat - 7 Best Performances by an Actress in the First Quarter of 2018)

Speaking about breaking the stereotypes and venturing into genres that haven't been explored enough, Anushka had told a leading daily, "I have always been unconventional with my choices as an actor and especially as a producer. As an A-list actress, I want to emphasise on content and bring in elements that have not been tried before. If I succeed, then it will add value to it. It’s something that people are not getting into because many times people have this mentality that they need one person to start something and then everybody starts doing it. And I don’t mind being the person who tries new things." What are your thoughts on this? Tell us in the comments below and stay tuned with us for more.

(The above story first appeared on LatestLY on Apr 08, 2018 11:27 AM IST. For more news and updates on politics, world, sports, entertainment and lifestyle, log on to our website latestly.com).