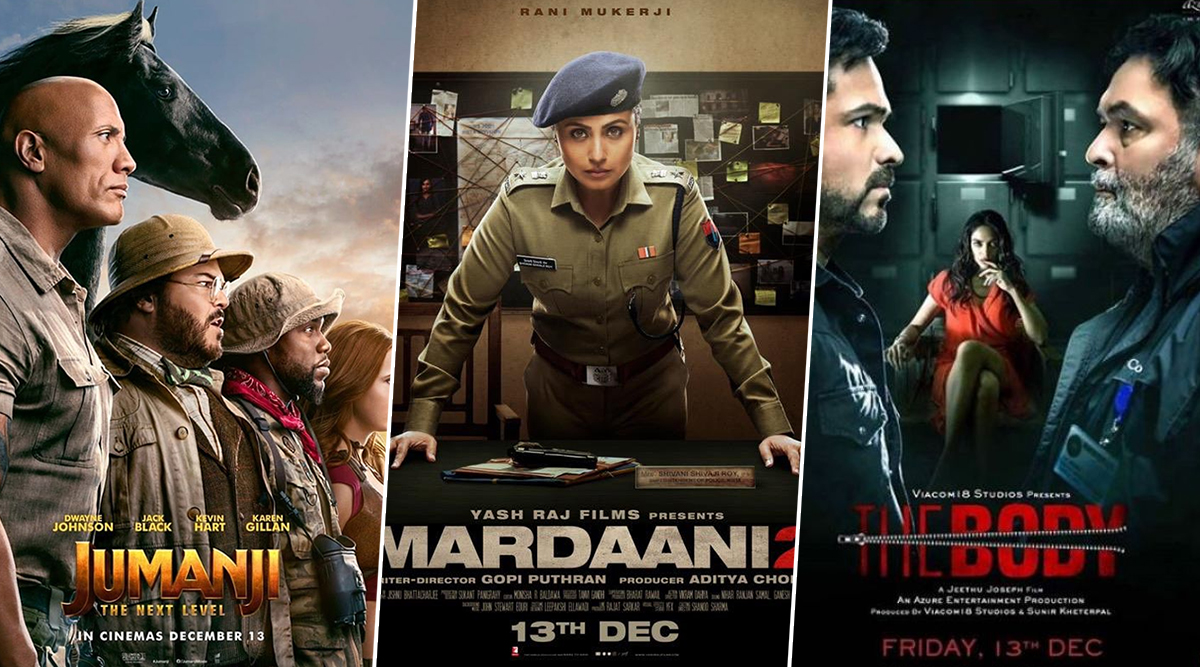 The fantasy comic adventure Jumanji: The Next Level picks up where 2017's Jumanji: Welcome To The Jungle left off, but there is a difference. The twist is that the grandfather (played by Danny DeVito) of one of the game's original players and his oldtime buddy (Danny Glover) get transported into the game, too. Sony Pictures Entertainment India released the new sequel of the "Jumanji" franchise in India.

Meanwhile, Yash Raj Films' Mardaani 2 is a taut crime thriller that brings back Rani Mukerji as the fiery cop Shivani Roy, who is out tracking down a juvenile serial rapist-killer in the new film. The film, directed by Gopi Puthran, is garnering good word-of-mouth in the urban circuits, besides positive reviews. It has been released across 1,600 screens. The dismal first-day show of "The Body, on the other hand, has shocked the trade. According to analysts at koimoi.com, lack of proper awareness failed to generate buzz about the film, which could account for the cold opening response at the box-office. The film has also been released after some delay.