As the versatile actor, Kunal Kapoor celebrates his 44th birthday today (October 18), we take a look at some of his best roles over the years that prove he's a brilliant artist. Check it out! 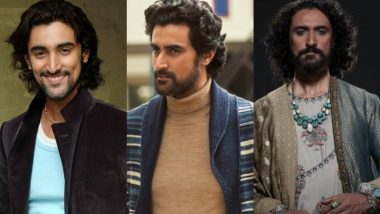 Kunal Kapoor is a total package! Why do we say so? As he's a good-looking lad with brilliant acting skills. Tagged as Matthew McConaughey of the Hindi film industry, Kunal has proved he’s a gem, not once, but on multiple occasions. Over the years, the actor has starred in many films and proved he's here to stay. Be it a cameo, supporting, or lead role, he has shined and delivered his best all the time. From his assistant director days to recently featuring in a web series The Empire, he has come a long way. And as the phenomenal star celebrates his birthday on October 18, we take a look at his top five performances ever. So, let’s get started. Kunal Kapoor Birthday: Flipping From Smart to Quirky, Here’s How He Stays Fashionable All Day Every Day!

Helmed by Rakeysh Omprakash Mehra, this was a breakthrough film that was critical as well as a commercial hit. Although it was Aamir Khan as the lead in the movie, Kunal in a supporting role as Aslam Khan also made an impression. His acting was appreciated which also got him a Filmfare nomination.

Even though Kunal had a cameo in this Ranbir Kapoor-starrer, but he did make fans go wow with his acting. He played a small role of turban-clad man Joginder Singh Ahluwalia and won hearts through his expressions. Fabulous!

A perfect light-hearted comedy, this flick saw Kunal as Omi who runs away from a London mafia and returns to India. Right from chasing love to fighting nail and tooth for his family’s restaurant, the actor was endearing in this one. Indeed, an amazing performance by Kapoor! The Empire Review: Kunal Kapoor, Drashti Dhami Are Impressive in Disney+ Hotstar's Half-Baked Historical Drama Series (LatestLY Exclusive).

This film dealt with a lot of sensitive subjects like bullying, homophobia, sexual awakening, and more. Kunal, in this one, essayed the role of a drama instructor whose aim to bring a fighter out of an introvert boy leads to disturbing events. The actor’s role in this one will leave you astonished.

Kunal Kapoor as emperor Babur in this Disney+ Hotstar historic tale was beyond words. After a hiatus, he delivered his career’s best with this web series. From being gentle, ruthless, commanding to even growling in a scene, he was terrific. Bravo!

That’s it, guys! These are the top five performances of the versatile actor where he was class part. FYI, some other acting gems of the star include in films like Dear Zindagi, Aaja Nachle, Gold, and more. Here’s wishing Kunal Kapoor lots of success on his birthday. Stay tuned!

(The above story first appeared on LatestLY on Oct 18, 2021 08:50 AM IST. For more news and updates on politics, world, sports, entertainment and lifestyle, log on to our website latestly.com).