Minissha Lamba has confirmed her divorce from divorce from Ryan Tham, she didn't open up about the reason as to why the couple parted ways. 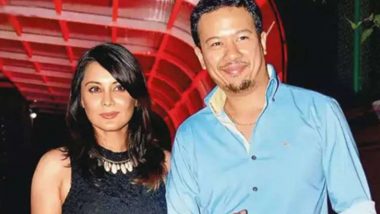 Bollywood actor Minissha Lamba recently confirmed that she has parted ways with her husband Ryan Tham after five years of marriage. The actress had tied the knot with Ryan back in 2015 in a hush-hush ceremony. On Tuesday, August 4, the actress opened up in an interview as she spoke about parting ways with her husband amicably. Earlier it was reported in 2018, that Minissha and Ryan's relationship is going through a rough patch and now the couple have been confirmed to have legally separated. While the actress confirmed her divorce, she didn't open up about the reason as to why the couple parted ways. Minissha Lamba Birthday: 7 Sexy Bikini-Clad Photos of the Bachna Ae Haseeno Babe That Will Spice Up Your Mood For Sure!

Speaking to Times Of India, Minissha said, "Ryan and I have parted ways amicably. The legal separation has been done." Minissha had earlier opened with to the media about her relationship with Ryan and also spilt the beans on how they met. At the time, Minissha had said that it wasn't love at first sight but it was definitely " liking at first sight." Ahead of marriage to Ryan, the former Bigg Boss contestant had said, "After I dated him for a few months, I knew he was the one.”Yeh Rishta Kya Kehlata Hai Actress and Chahatt Khanna's Sister Simran Khanna's Divorce Comes Through.

Here's An Old Picture of Minissha Lamba and Ryan Tham:

At Devprayag, where the Ganga is formed.. pic.twitter.com/920o6zEWNH

On the professional front, Minissha was last seen in 2017's Bhoomi. She has also starred in popular TV shows such as Tenali Rama and Internet Wala Love.

(The above story first appeared on LatestLY on Aug 04, 2020 05:40 PM IST. For more news and updates on politics, world, sports, entertainment and lifestyle, log on to our website latestly.com).