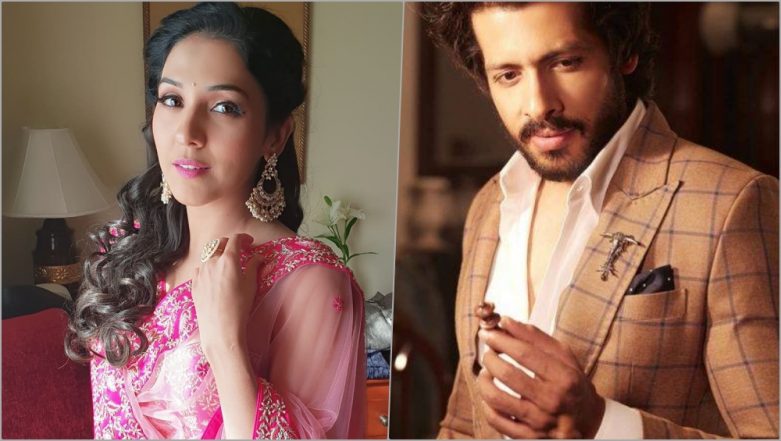 Neeti Mohan and Nihar Pandya got hitched on February 15 and there's a reason why you didn't see any pictures from their wedding ceremony. While the couple was more than willing to give us a glimpse into their pre-wedding festivities, no marriage ceremony pics were shared on social media by either of the sides. Reason? Well, Neeti's father was hospitalised on the day of her wedding and the family is currently busy looking after him. That's also the reason why the couple's wedding reception was pushed for indefinitely. As per a report in SpotBoye, the couple took the decision after her father Brig Mohan Sharma got severely ill. Nihar Pandya-Neeti Mohan Wedding: On ‘The Kapil Sharma Show’, Manikarnika Actor Reveals How He Proposed to His Singer Fiancee.

As per the same report, her father is currently in ICU in Hyderabad's hospital. The couple had plans to host a grand reception at the city's very famous Four Seasons hotel. However, after her father had to be suddenly rushed to the hospital, they decided to cancel the reception and are yet to finalise a new date. They sent a text message to all their invitees citing “unforeseen medical circumstances in the family” as the reason to cancel the bash. Ayushmann Khurana, Aparshakti Khurana and Tahira Kashyap Give Us Inside Details Of Neeti Mohan and Nihaar Pandya’s Mehendi!

When the portal got in touch with Neeti's sister, Mukti Mohan, she confirmed the news saying, “Dad cannot take too much physical stress, so we had kept him in the hotel room. He was not to be seen at the mandap and people freaked out. We had called the doctors to the hotel room and they suggested that he should be shifted to the hospital.” The couple will take a decision to host another bash only after he gets discharged from the hospital and we wish him a speedy recovery.