Prakash Jha's movies have often been based on some or the social or political issues of our country. The reason being the filmmaker began his career making politically charged documentaries. One such documentary was banned within four days of its release but later won Jha his first National Award. 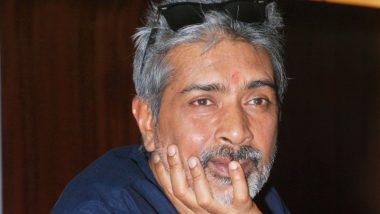 Prakash Jha is known for his multi-starrer movies with some kind of political unrest in the mix. Be it Raajneeti covering dynasty politics or Gangaajal fictionalising the 1980 Bhagalpur blindings. Hence, his movies have often found a good set of audiences who relish his cinema. The reason he likes to base his stories on some kind of political structure is because Prakash Jha started his journey as a documentary filmmaker of politically charged documentaries. One of his features was Faces After Storm, based on the Bihar Sharif riots. This was also the banned film that won him his first National Film Award. Prakash Jha: Changing Others’ Opinions by Scaring Them Is Wrong

Faces After Storm released in 1984 and within four days, it was banned. During an interview, Jha explains how the same film, later on, got him his first national honour. Speaking about it, the director said that the movie got into trouble with the then ruling Government in Bihar as it talked about the way the riots were handled.

Recently, Prakash Jhan has been in the news for the Bobby Deol starring web

series Aashram. The series is about a fake godmen and his scheming ways.

(The above story first appeared on LatestLY on Feb 27, 2021 08:20 AM IST. For more news and updates on politics, world, sports, entertainment and lifestyle, log on to our website latestly.com).