Priyanka Chopra Jonas Wraps Up Text For You In the U.K, Posts An Emotional Farewell Post For Cast and Crew (View Post)

Actress Priyanka Chopra Jonas has wrapped up shooting of her upcoming Hollywood romantic movie, Text For You, and thanked the whole team for managing it all despite the strict lockdown measures. 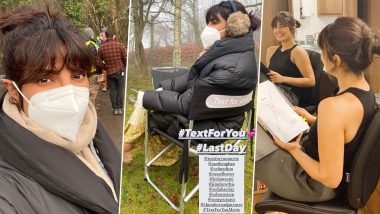 Priyanka Chopra Wraps Up Text For You (Photo Credits: Instagram)

London, Jan 10 (IANS): Actress Priyanka Chopra Jonas has wrapped up shooting of her upcoming Hollywood romantic movie, Text For You, and thanked the whole team for managing it all despite the strict lockdown measures. The actress has been staying in London for the past few months for the shoot. Priyanka Chopra Jonas And ‘Text For You’ Team Stranded In The UK Due To Tier 4 Lockdown.

Now, the actress took to Instagram to share an update of the movie, and share some behind the scene pictures. "That's a wrap! Congratulations and THANK YOU to the entire cast and crew. See you at the movies," she wrote in one post. Priyanka Chopra Didn’t Break COVID-19 Lockdown Rules in London, Claims Actress’ Team.

"Last day on set! #TextForYou. Will miss this incredible crew that I've spent the last 3 months with. So special to be at work. #grateful," she wrote in another post. 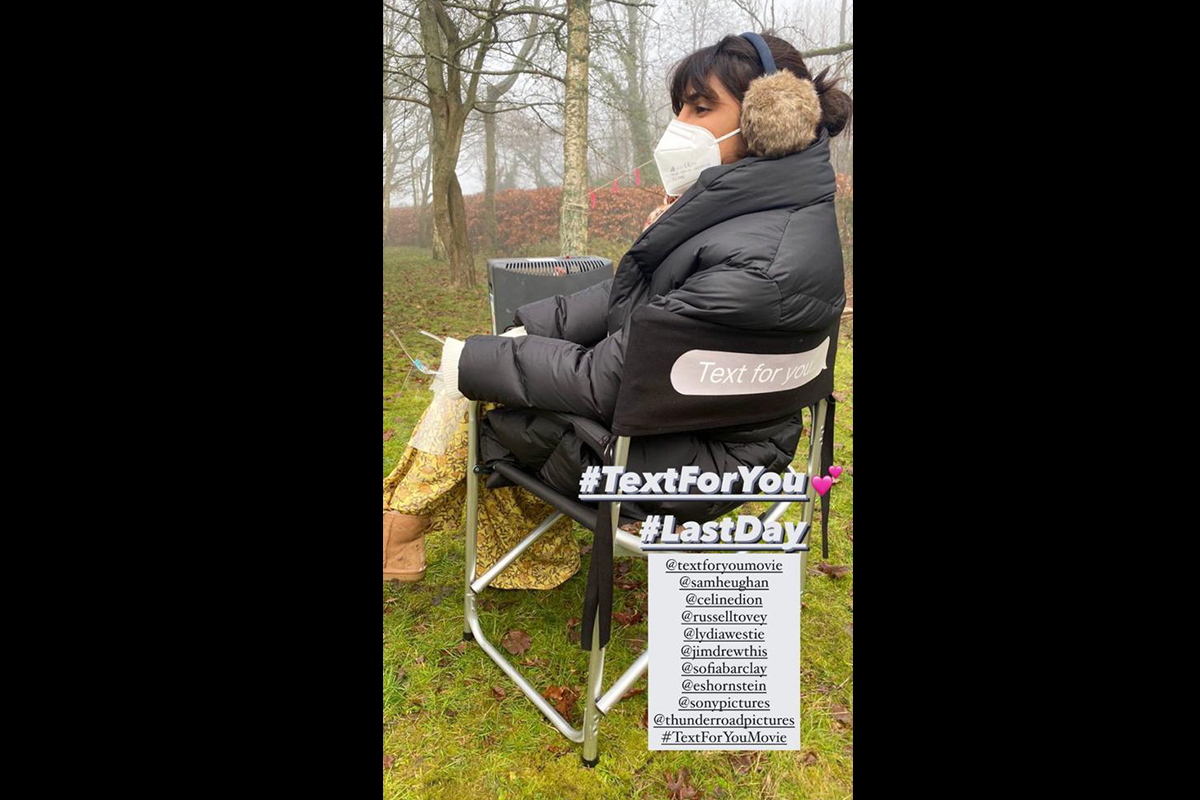 The Hollywood film Text For You is written and directed by Jim Strouse, and the film is an English remake of the German-language film SMS Fur Dich, based on Sofie Cramer's novel. The film also stars Sam Heughan. Pop star and her husband Nick Jonas is expected to make a cameo in the film. Priyanka Chopra and Nick Jonas' Christmas 2020 Wish From Their Family To Ours, Will Warm Your Hearts (View Post).

Text For You follows the life of a young woman as she grieves the loss of her fiancé and decides to send romantic messages to his old phone number. In her attempt to send constant messages to her fiancé's old number, she will connect with a man across town suffering from a similar heartbreak. Celine Dion's music aims at connecting the two and gives them the courage to take a second shot at love.

(The above story first appeared on LatestLY on Jan 10, 2021 05:00 PM IST. For more news and updates on politics, world, sports, entertainment and lifestyle, log on to our website latestly.com).