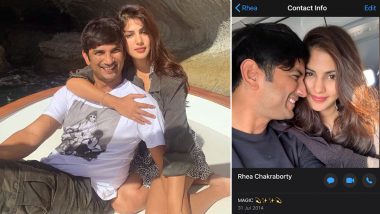 July 14 marks Sushant Singh Rajput's one month death anniversary. The actor who died by suicide sent shockwaves in the industry. Post his demise, the scenario in Bollywood has completely changed as many bigwigs have come under scrutiny on social media. Reportedly, the late star was dating Rhea Chakraborty and while the whole world has mourned the actor's loss, it's her who has yet not shared her feelings online. Being private and how, looks like the actress recently via her WhatsApp display picture conveyed what her heart feels for Sushant. Nope, we ain't lying as we do have proof. Sushant Singh Rajput and Rhea Chakraborty were Hunting for a House Before their Wedding This Year, Reveals her Broker.

We came across the display picture of Rhea on her WhatsApp and it's with Sushant. In the photo, the two can be seen having a jolly time together. While Chakraborty can be seen looking at the camera, Singh, on the other hand, is leaning towards the actress with his eyes shut and smiling. Must say, this unseen pic of the rumoured lovebirds will instantly make you emotional for a moment. A young and talented actor gone too soon. Sushant Singh Rajput's Last Instagram Photo With Rumoured Girlfriend Rhea Chakraborty Is Going Viral.

Check Out Rhea's WhatsApp DP Along With Sushant Singh Rajput Below: 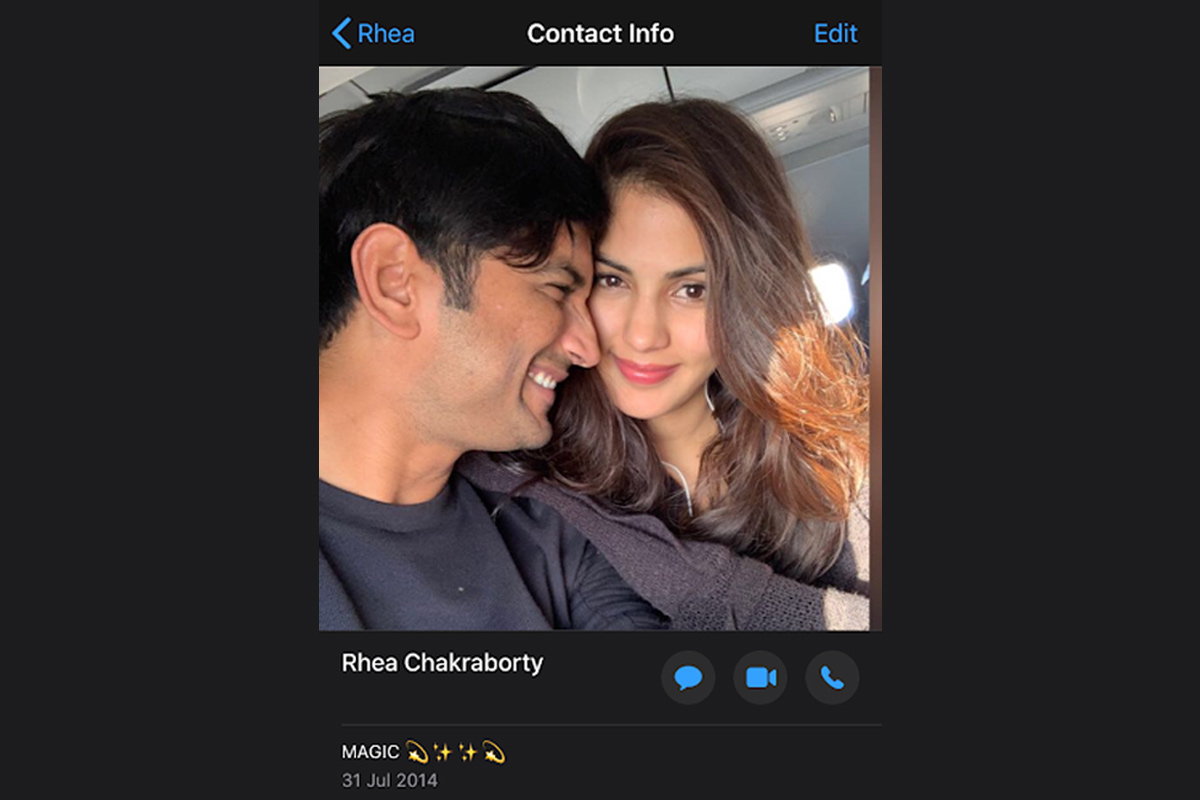 If you go and check Rhea's Instagram feed, the last post she made was on June 14, the day when Sushant died and ever since she has been off from social media. While speculations had it that Rhea and Sushant are seeing each other, but nothing was concrete. However, their holiday photos together just added fuel to the fire.

Meanwhile, the Mumbai police have till now questioned many celebrities with regards to Sushant's suicide case and out of them, Rhea was also the one who was interrogated and had recorded her statement. Stay tuned!

(The above story first appeared on LatestLY on Jul 13, 2020 11:37 PM IST. For more news and updates on politics, world, sports, entertainment and lifestyle, log on to our website latestly.com).