Salman Khan Gets Mighty Impressed with Internet Sensation Ranu Mondal, Gifts Her a House and a Song in Dabangg 3? 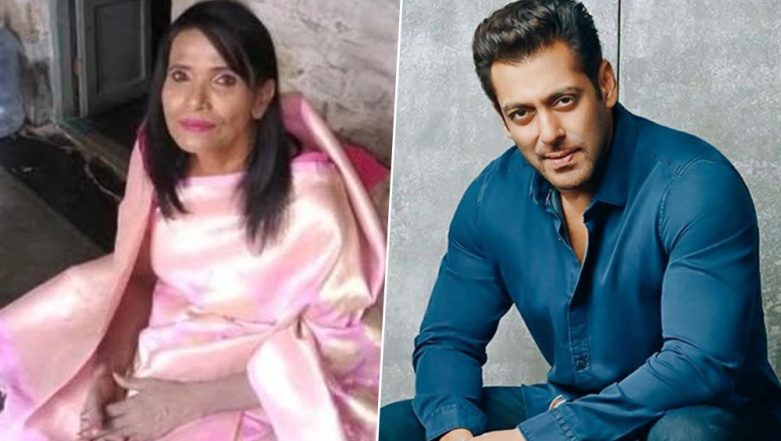 Dreams do come true and Ranu Mondal's case is a classic example of how talent will take you places. Until a few days ago, she was an ordinary lady from West Bengal with extraordinary singing skills. However, her destiny changed overnight when a certain singing video of hers went viral on the internet and the next thing we know was her entry in Bollywood. Himesh Reshammiya was quick to acknowledge her talent and now, if a recent report is to believe, even Salman Khan is keen on encouraging her.

As per a report in Jagran, the Bharat star was awestruck after hearing her voice and wanted to help her in any way possible. The same report suggests how he bought a Rs 55 lakh worth house for her and even decided to give her a song in his next release, Dabangg 3. The Bigg Boss host is known for encouraging new talents and for someone as incredibly talented as Ranu Mondal, his help seems justified. Woman Who Went Viral For Her Beautiful 'Ek Pyaar Ka Nagma' Song Gets a Makeover, Watch Her Latest Video.

Ranu was earlier invited on a reality show after her singing video from Ranaghat station in West Bengal went viral. Her appearance was followed by Himesh offering her a song in his upcoming movie Happy Hardy and Heer. And trust us when we say, this is just the beginning and she's only getting started.