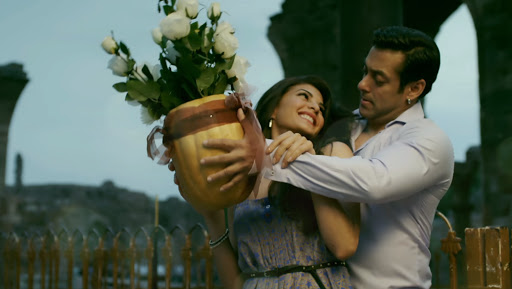 Salman Khan is going to hit the Christmas bells in 2019. Yes, the much-awaited Kick-2 is all set to release in Christmas next year. The official account of the production company, Nadiadwala Grandson Entertainment, today announced the release date of the second installment of Salman-Jacqueline starrer Kick on Twitter.

“Here comes the big announcement. Salman Khan and Sajid Nadiadwala join hands for #Kick 2, Directed by Sajid Nadiadwala. Christmas 2019 to release #DevilIsBack,” the twitter reads. An official close to the filmmaker was quoted saying, “He has finished writing 80 per cent of Kick 2. He has sounded Salman out about the script and the actor loves it. They’ve decided to work on the film from the middle of 2018.”

Kick starring Salman Khan, Randeep Hooda, Nawazuddin Siddiqui and Jacqueline Fernandez was released in the year 2014. Bollywood’s Disco Dancer Mithun Chakraborty who played Devil’s father in the film, too enjoyed massive response. The father-son pair was appreciated by the fans. As of now, we are not sure if the above casts will share the screen with Salman; but the announcement has made a huge scroll on the social media. Bhai ke Fans waits eagerly to get charmed all over again with the sequel.

Currently, Salman Khan has just wrapped the Mumbai schedule for Race 4. The actor will soon begin his shoot for Bharat which is directed by Tiger Zinda Hai director, Ali Abbas Zafar. The directorial is set to release on Eid 2019. The star is also likely to commence shooting for Prabhu Deva’s action entertainer, Dabangg 3.The release date is yet to be announced.