Sonakshi was massively trolled on Twitter for the same and the topic once again got a new lease of life thanks to the famed 90s show, Ramayan's return on DD National. 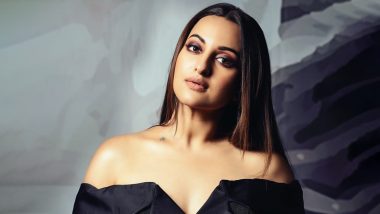 If you're someone who is up to date with entertainment news, you probably heard about the massive trolling Sonakshi Sinha faced when she appeared on an episode of Amitabh Bachchan's quiz-show, Kaun Banega Crorepati and failed to answer a fairly easy question about the mythological epic, Ramayan. During her appearance on the show, the actress was asked whom Hanuman fetched the Sanjeevani herb for, and Sinha had to use a lifeline for it. Sonakshi was massively trolled on Twitter for the same and the topic once again got a new lease of life thanks to the famed 90s show, Ramayan's return on DD National.  Ramayan Re-Telecast Schedule on Doordarshan: Here's When and Where You Can Watch The Arun Govil-Deepika Chikhalia-Sunil Lahri Mytho Show on TV.

The popular show is currently being re-telecast along with several other old shows on the channel and fans have been posting about why the Dabangg 3 actress must watch it. Recently though, Sonakshi decided to shut down her trolls by posting about it herself. The actress hosted an AMA (Ask Me Anything) session on Instagram and after receiving a lot of comments about her Ramayan knowledge, Sonakshi in turned asked her fans to catch the show on DD National.

Check Out the Screengrab Of Sonakshi's Story Here: 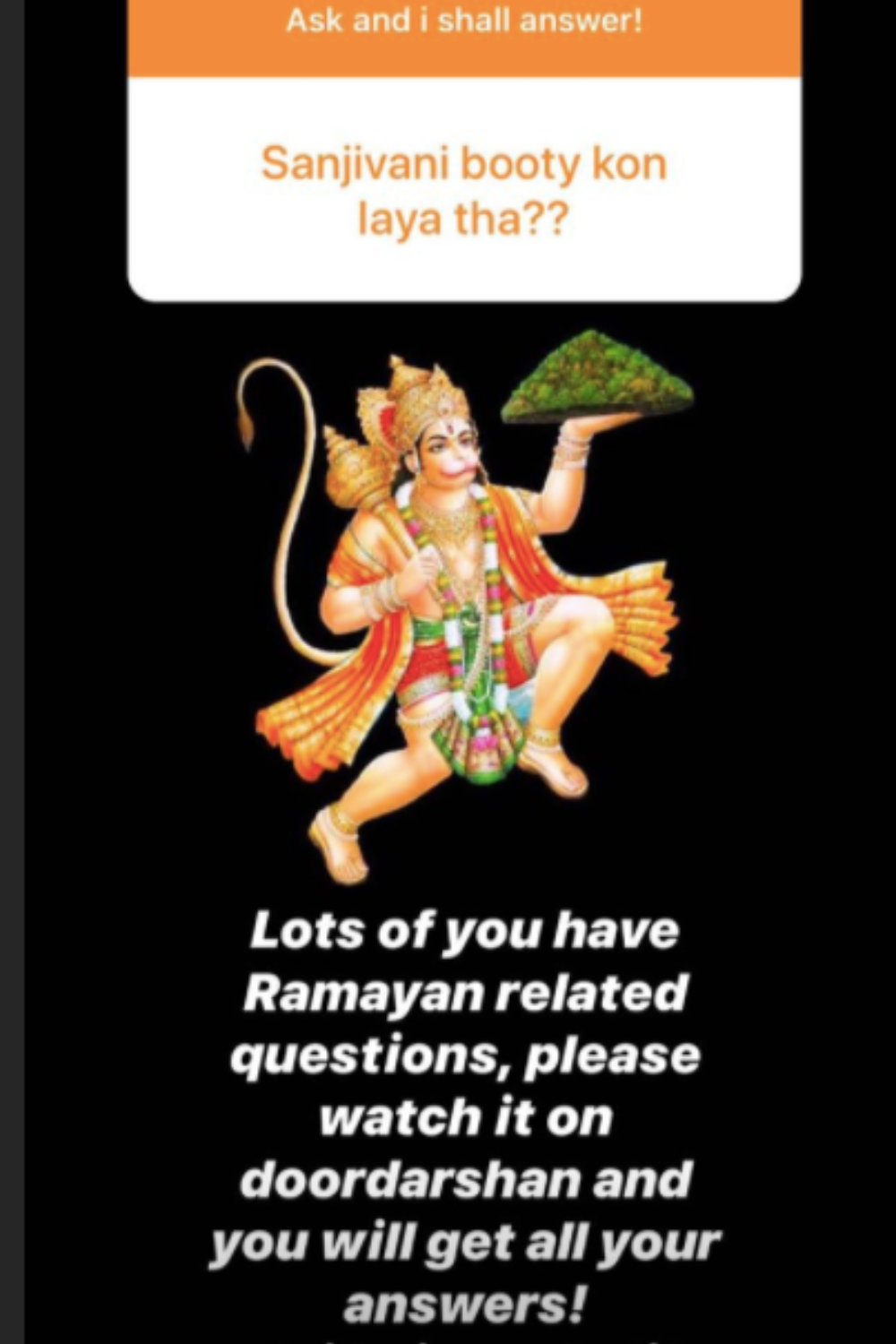 Recently, Shaktimaan fame actor Mukesh Khanna also took a dig at Sinha when he said, "I think the reruns will be useful to many who haven’t watched the show earlier. It will also help people like Sonakshi Sinha who have no knowledge about our mythological sagas. People like her don’t know who did lord Hanuman get Sanjivani for.” Although, the actor later clarified that his intention was not to target her. Mukesh Khanna Takes a Sly Dig at Sonakshi Sinha, Says ‘Ramayan and Mahabharat’s Rerun Will Help People Like Her Who Have No Knowledge’.

Well, looks like with her recent post, Sonakshi has now shut everyone who quizzed her knowledge of the mythological epic down!

(The above story first appeared on LatestLY on Apr 17, 2020 11:34 PM IST. For more news and updates on politics, world, sports, entertainment and lifestyle, log on to our website latestly.com).