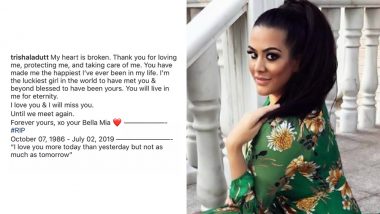 Sanjay Dutt’s daughter, Trishala Dutt is right now going through the toughest phase of her life. She recently revealed on Instagram that her boyfriend died on July 2, as she posted a note. She captioned the picture she shared overwhelmed with emotions. She wrote, “My heart is broken. Thank You for loving me, protecting me, and taking care of me. You have made me the happiest I’ve ever been in my life. I’m the luckiest girl in the world to have met you and beyond blessed to have been yours. You will live in me for eternity. I love you and I will miss you. Until we meet again. Forever yours, xo your Bella Mia.” Sanjay Dutt's Prasthanam Will Clash with Amitabh Bachchan's Jhund on September 20, 2019. 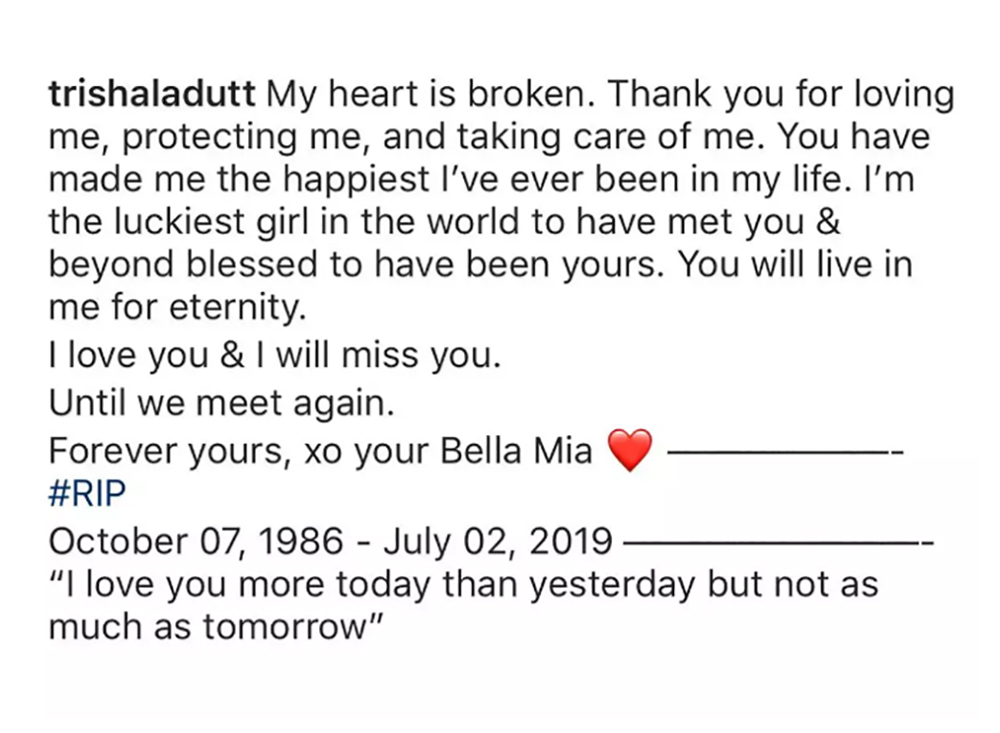 The account has been now turned into a private one. Not many details have been divulged much on the incident yet. The star-kid has been away rom social media limelight. Her name was in the limelight when a biopic was made on her father Sanjay Dutt. Ranbir Kapoor played the role of Dutt in Rajkumar Hirani directed Sanju. However, the film did not shed light on her relationship with Dutt.

It was also reported that Trishala was unhappy with the fact that the makers did not even mention her late mother, Richa Sharma in his biopic. Being Dutt’s first wife, it was expected that her presence in his life would be acknowledged. However, she stayed distant and silent during the promotional phase of Sanju.

(The above story first appeared on LatestLY on Jul 04, 2019 03:55 PM IST. For more news and updates on politics, world, sports, entertainment and lifestyle, log on to our website latestly.com).