Zeenat Aman Birthday: 5 Action Scenes Of The Actress That Are Simply Inspiring

Everytime one remembers Zeenat Aman is for her gorgeous self. It's true that nobody has looked as glamorous as she did in her hey days on screen. But the actress has also done some fine action scenes over the years. Check out five of them here 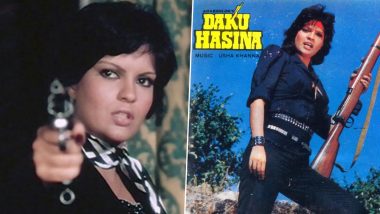 Everytime one remembers Zeenat Aman is for her gorgeous self. It's true that nobody has looked as glamorous as she did in her hey days on screen. Even today, the girls can't match up to her sizzle on screen. But thanks to her attitude of not confirming to norms, Aman managed to carve her own niche. Rather than being a demure and meek actress on screen, she decided to be a strong one. She had said in an interview, "Without planning (it), I blurred the lines between the vamp and the pristine goddess. By accident, I was given the cards to create an icon.” And she truly did. One other thing she did was do action scenes. Did You Know Dev Anand and Zeenat Aman’s International Debut Happened in This 1970 Film?

Zeenat Aman did some amazing and tough stunts in movies, the biggest one being in Don. Check out five of them here... Zeenat Aman Birthday Special: 5 Songs Of The Actress We Can Groove On Any Day And At Any Time

Zeenat Aman as a female dacoit wrecks terror. A negative role of course, but the way she did justice to this scene is brilliant.

This is a personal favourite because the perpetrator finally met the end. He determination in this scene was amazing. Check out the scene here 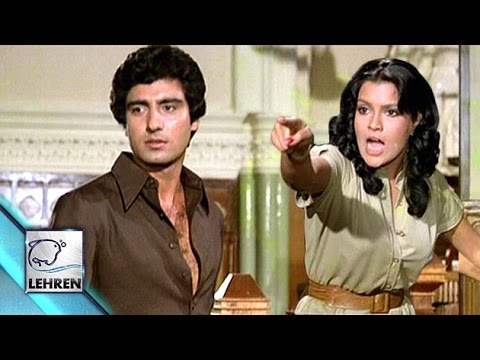 Yes, there's a body double here but there are some scenes where she actually throwing some punches. Totally qualifies!

This horseriding scene gives us such a rush! Check it out here...

Next time, you praise her glamorous self in movies, do remember these fantastic fight scenes of Zeenat Aman.

(The above story first appeared on LatestLY on Nov 19, 2021 08:20 AM IST. For more news and updates on politics, world, sports, entertainment and lifestyle, log on to our website latestly.com).