At Home With Olaf: Disney Releases Made at Home Series of Frozen Shorts (Watch Video) 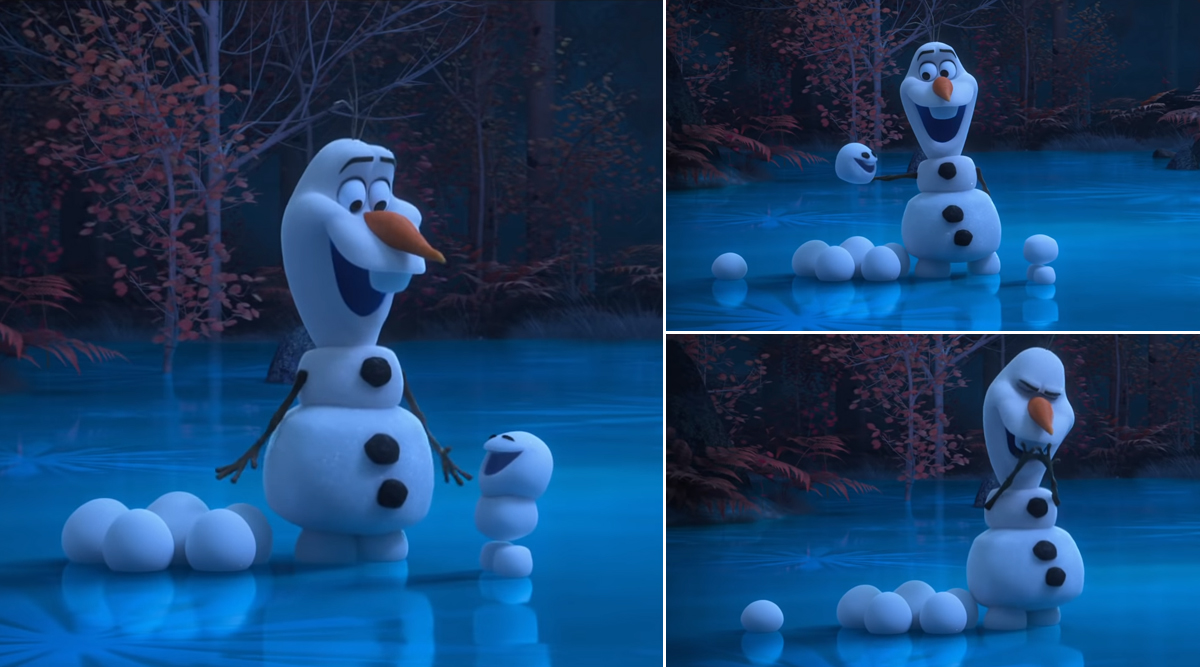 After years of pleading from fans, Dinsey finally developed and released Frozen 2. The movie was well-recieved by critics and the audience. Now, without any prompt from the fans, Disney has released a series of new shorts about Frozen. These micro-short films feature the film series' beloved character, Olaf. These clips are not archives which are being released now. These are brand new creations of Dinsey, that animator Hyrum Osmond and actor Josh Gad have worked on from their homes. Yes, these clips were made during the COVID-19 pandemic lockdown. Frozen 2 Movie Review: Idina Menzel And Kristen Bell Bring Back The Cute Camaraderie Of Sisters In This Mystical Sequel.

In one of the shorts, Olaf makes a new buddy. He finds a tinier snowman, just like him, who has also come to life. They play fetch together. The miniature snowman is called a snowgie.  The snowgies were first introduced in another short film, Frozen Forever, where Elsa accidentally created them with her sneeze.

Check Out At Home With Olaf Shorts Here:

The Olaf at Home series is quite impressive. While simple in premise, and short in length, the amount of hard work that goes into making them could not be overlooked. Especially, the fact that these shorts were made by the animator at home makes it all even more impressive. Frozen 2 Star Rachel Matthews Tests Positive for Coronavirus.

Dinsey has already impressed the fans by releasing Frozen II three weeks earlier than scheduled. The movie was launched early on Disney Plus, to provide "some fun and joy during this challenging period."