Marvel Studios releases an MCU Phase 4 movie trailer that features new footage and confirms release dates and titles for upcoming films. This is HUGE. Have a look. 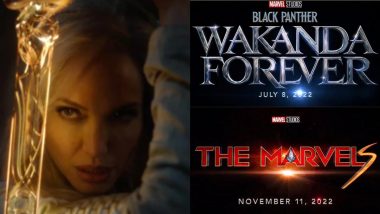 Finally, fans of Marvel Cinematic Universe witnessed the first look of its upcoming films. On May 3, MCU released a special sizzle reel that featured snippets of its movies along with the ensemble cast. That's not it, as the footage also unveiled the official titles for Black Panther 2 and Captain Marvel 2. Right from Angelina Jolie as Thena holding a celestial blade to Black Widow's attitude-filled entry, the video has super hit written all over it. Indeed, the phase four movie slate looks intriguing and so here are all the deets from the trailer. Eternals First Footage, Title Reveals of The Marvels, Black Panther Wakanda Forever Shown in Marvel Studios' Special Phase 4 Reel (Watch Video).

If you happen to be a Black Widow fan, we bet, the many fresh stills from the action-packed clip will make you all the happiest on a boring Monday. 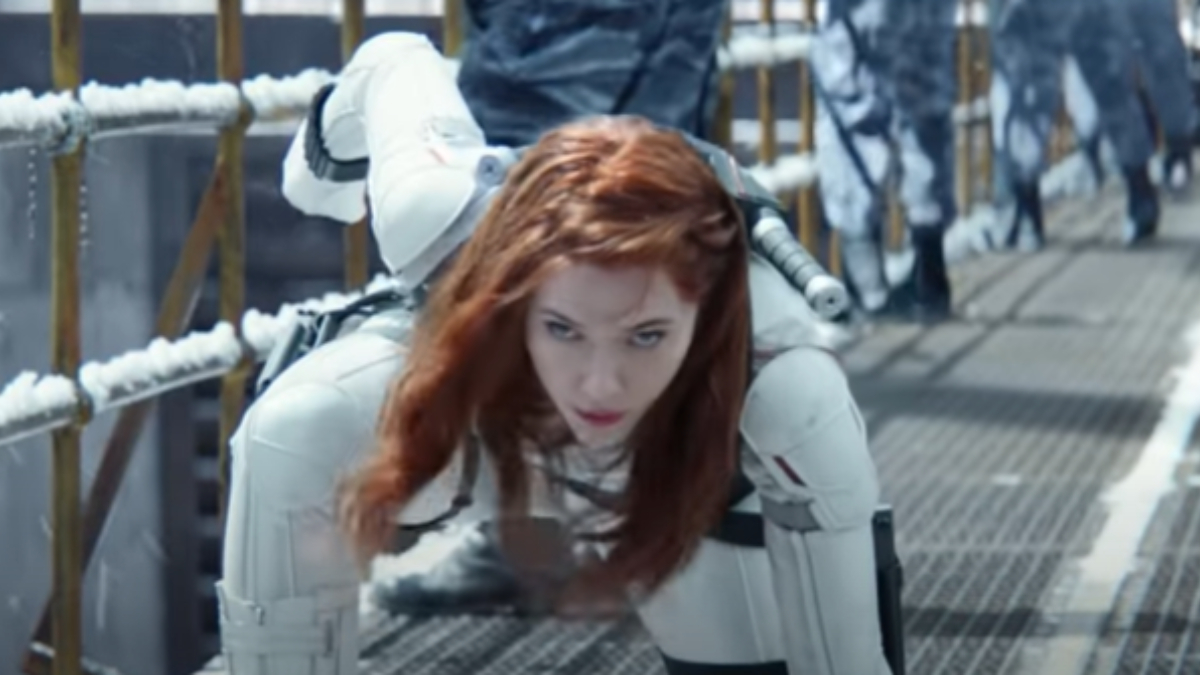 Shang-Chi and the Legend of the Ten Rings - New Footage

Why only girls should have all the fun? As the makers also released a new clip of Shang-Chi and must see it looks gripping. 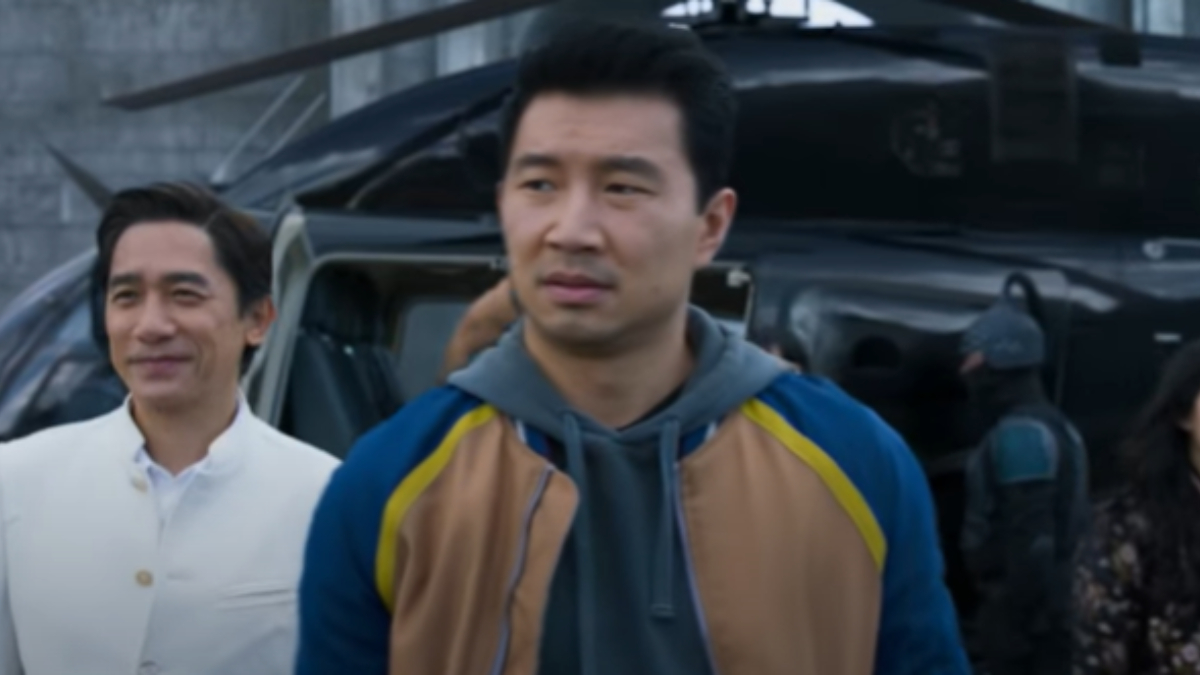 This has to be the most amazing moment, as the trailer also takes us through the Eternals team and it'll surely make any MCU fan damn excited. What about you? 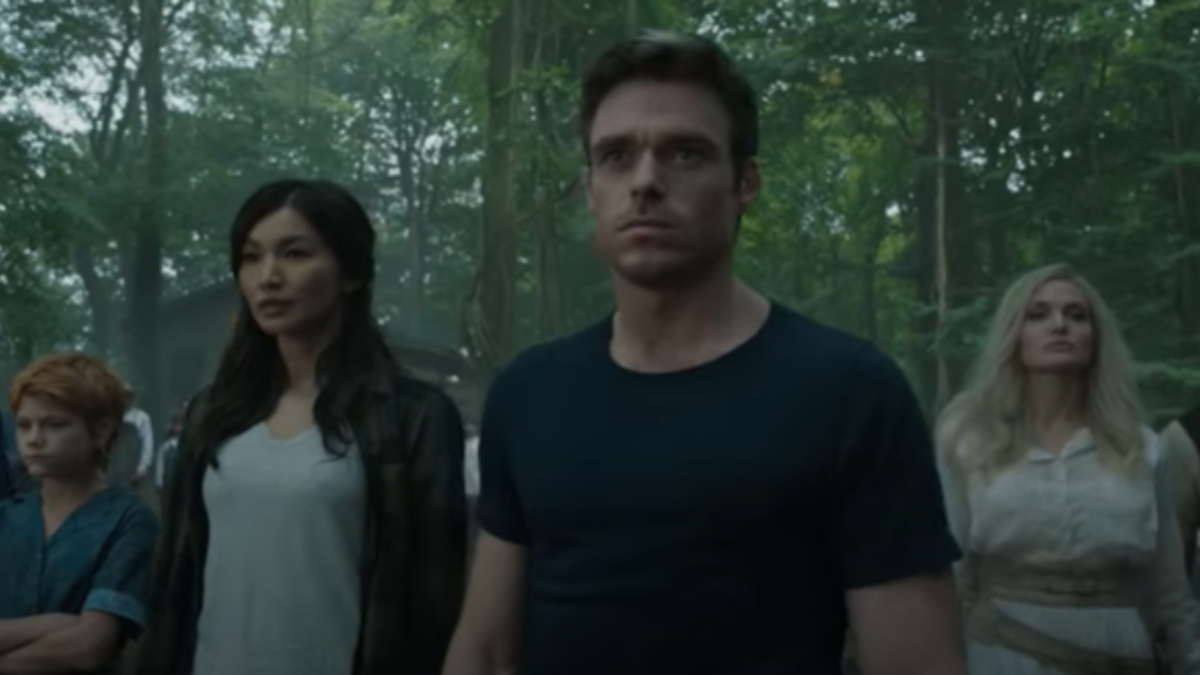 Title and Release Date of Every Marvel Film!

The below video shared by a Twitter user unveils the release dates of all the Marvel films mentioned in the trailer along with also telling us that Fantastic 4 is part of the phase 4 squad. Check it out.

So, in short, apart from the visual wows, Marvel's trailer gives the release dates and fresh new titles of all its to-be-released films. Interesting, right? FYI, The Eternals is set for release on November 5, 2021, Black Panther sequel is Black Panther: Wakanda Forever, Black Widow will be out on Disney+ from July 9, Shang-Chi featuring Simu Liu will make it to the theaters on September 3, and many more details out in the trailer. Stay tuned!

(The above story first appeared on LatestLY on May 03, 2021 09:23 PM IST. For more news and updates on politics, world, sports, entertainment and lifestyle, log on to our website latestly.com).