Gigi Hadid Is An Absolute Foodie! Supermodel Reveals about Her Favourite Indian Cuisine in #AskGigi Session 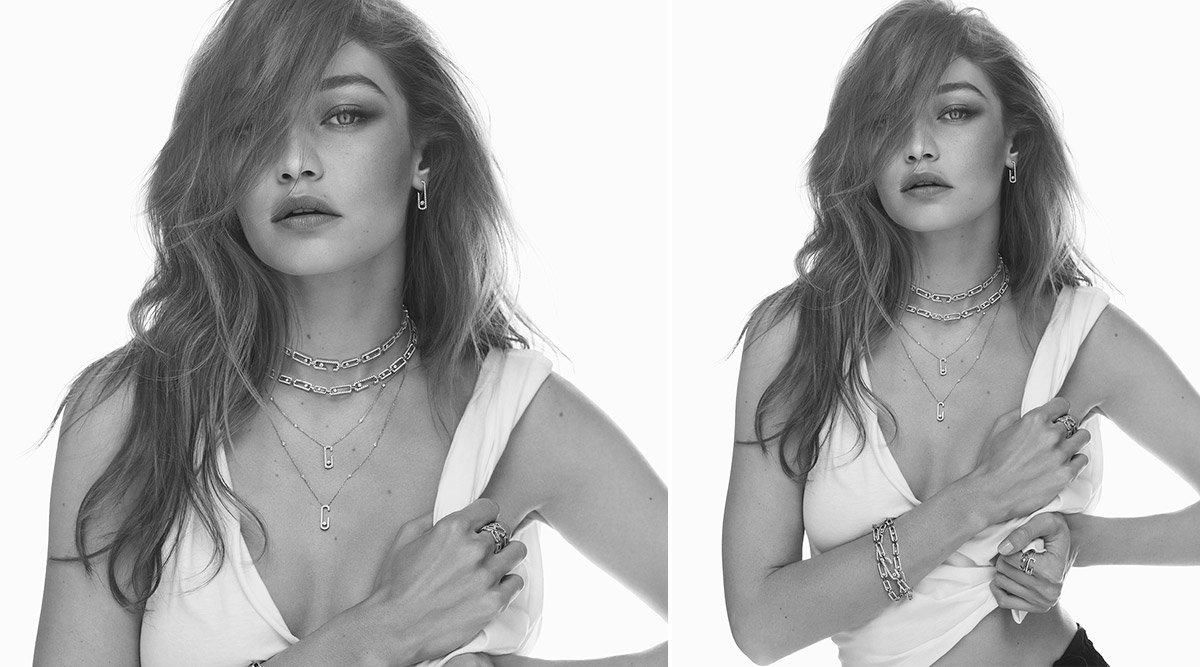 Be it actresses or models, they have to follow a strict diet and are even required to exercise religiously for that fit figure. But just like us, even they do crave for some delectable cuisine. You must have seen how at times the actresses and models also enjoy cheat days. Talking about food, supermodel Gigi Hadid is an absolute foodie. We have often seen her stepping out with her sister Bella Hadid to some of the most popular restaurants and relishing some mouth-watering food. Gigi Hadid Sets the Ramp on Fire With Her Sexy Catwalk for Jacquemus Menswear Fall/Winter 2020–2021 Paris Fashion Week Show.

It wasn’t that long ago when the Hadid sisters walked into the César Restaurant In Paris and enjoyed pizza, pasta and much more. They shared the pics of it on their respective Insta stories and yes, it did look lip-smacking. This was the one amid Paris Fashion Week. Today, Gigi conducted an #AskGigi session on Twitter. One of the fans asked the supermodel, “Your favourite Indian/ Desi food recipe?? Sending you love from India”. To this Gigi responded, “Butter chicken w naan and samosas !!!! Had both last night at my favorite restaurant in London, Chutney Mary!” Butter chicken with naan is something everything Indian loves, and of course, the samosas. When another fan asked her if she has any plans to visit India someday, Gigi said, “100%!”. Zayn Malik and Gigi Hadid aka ZiGi Are Dating Again; Celebrates the Singer’s 27th Birthday in the New York City.

Butter chicken w naan and samosas !!!! Had both last night at my favorite restaurant in London, Chutney Mary! https://t.co/mBzFhbjyHV

Gigi Hadid has also spilled beans about her favourite Palestinian food. About it she mentioned, “Kibbeh w labneh and tabbouleh or just a simple eggs and zaatar breakfast”. Besides this, Gigi is also topping the headlines for her relationship with Zayn Malik, which made official on Instagram on the occasion of Valentine’s Day.