Katie Holmes Birthday: Here Are the Lesser-Known Facts about the Batman Begins Actress! 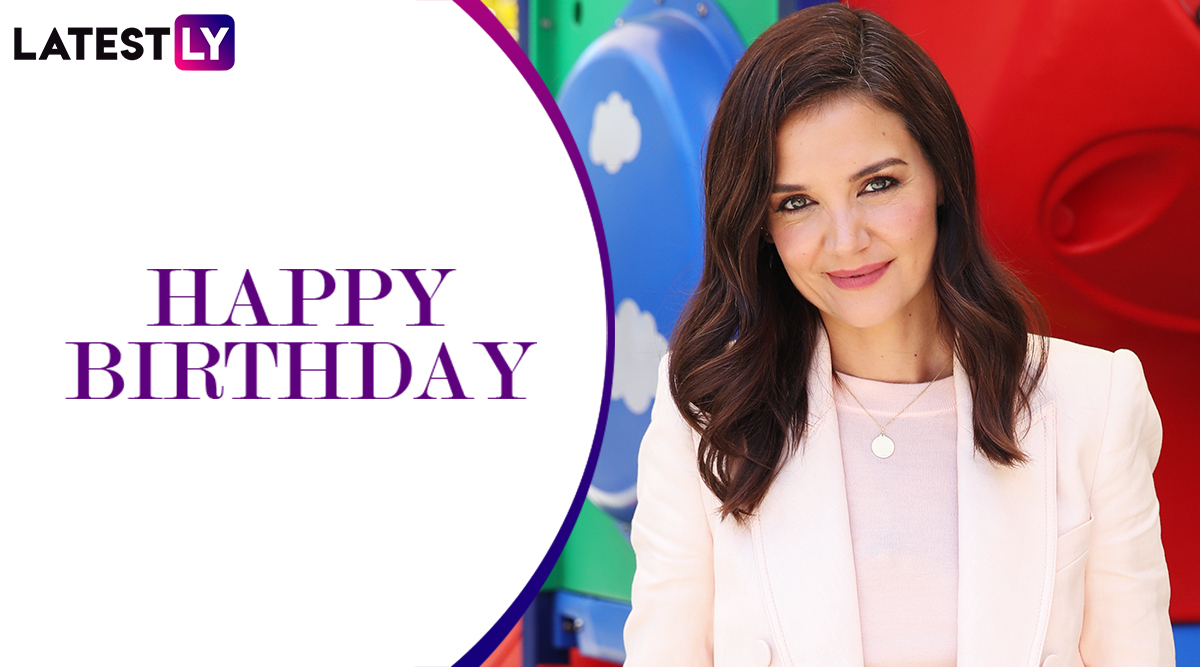 Happy Birthday, Katie Holmes! She is one of the most charming actresses of Hollywood, and when we talk about her, it is her smile that anyone could think of. Katie is not only known for her impeccable performances in her acting career, but she is also a producer and director. Born to Martin Joseph Holmes Sr and Kathleen on December 18, 1978, fans of Katie are showering her with good wishes across social media platforms. On her 41st birthday, let’s take a look at some of the lesser known facts about the Batman Begins actress. After Split with Jamie Foxx, Katie Holmes Spends Quality Time with Her Daughter Suri.

Modelling School – Katie Holmes was just 14 when she joined the modelling school in Toledo. In 1996 she was a participant of the International Modeling and Talent Association Competition that was held in the New York City.

1997 – Katie Holmes made her acting debut with the film The Ice Storm that was based on Rick Moody’s 1994 novel of the same name. She played the character named Libbets Casey in this movie that was set over 1973 Thanksgiving.

#fbf photo by my friend @markseliger

Dawson’s Creek – It was with television show Dawson’s Creek that she shot to fame by playing one of the main characters, Joey Potter. Although the show opened to mixed reviews, Katie grabbed everyone’s attention.

Magazine Covers – Katie Holmes’ role as Joey Potter helped her gain not only nationwide attention, but she was on the cover of magazines such as Seventeen, TV Guide and Rolling Stone.

Movies And TV Shows – After Dawson’s Creek, Katie Holmes has done films such as Pieces of April, First Daughter, Batman Begins in which she played Rachel Dawes, Jack and Jill, and many others. She has also appeared in TV shows such as The Kennedys, How I Met Your Mother, among others.

Beauty – Katie Holmes was named as one of the sexiest women in the world from 1999 onward by both the British and American editions of FHM magazine. She was also named one of People’s ‘50 Most Beautiful People’ in 2003. In the same year Teen People labelled Katie as one of the ‘25 Hottest Stars Under 25’.

Relationship – Before meeting Tom Cruise, Katie Holmes dated Dawson's Creek co-star Joshua Jackson, during the show’s run. In 2000 she started dating Chris Klein and the duo even got engaged in late 2003. But that ended by 2005.

Marital Life – In 2005 Katie Holmes and Tom Cruise started dating each other, and they were indeed one of the most loved couples globally. The super-couple were given the nickname TomKat. The two got engaged in 2005 and welcomed their first born, Suri, in April 2006. It was in November in the same year that two tied the knot in a Scientologist ceremony in Italy.

Trouble In Paradise – Tom Cruise and Katie Holmes’ marriage did not last for more than five and a half years. In June 2012, she filed for a divorce from Cruise in New York. A week later the divorce was filed, attorneys for the couple stated that the two signed a divorce settlement.

On the work front, Katie Holmes as two projects in 2020 - Brahms: The Boy II and The Secret: Dare to Dream. Here's wishing her all the love and luck in her future endeavours!