Katy Perry Talks About The Time When She Hit 'Rock Bottom' 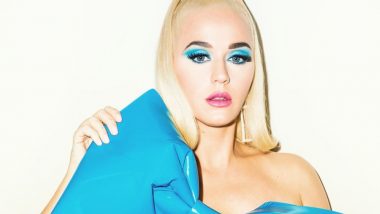 It's important to talk about depression to remove the stigma around it. Of course, it's not easy and takes a lot of guts. Thankfully, a lot of celebrities have started opening up about their battle with the monster that is depression. It gives others some courage and talk about their mental health issues. Katy Perry has been very open about the phase when she was "clinically depressed". The pregnant singer, who is expecting her first child with fiance Orlando Bloom recently revealed that she was using medication to treat her mental health issues. “It was like I sprained my brain and I needed crutches. I got very clinically depressed. I had always been able to skirt the issue. I was on something that my psychologist at the time recommended. It changes the chemistry of your mind. Sometimes people need a pharmaceutical crutch,” she was quoted by Sunday Times.

Katy added that it was during the Witness tour that her mental health took a turn for worse, mainly because of the poor response to her fifth studio album. ”You are never going to change someone as much as you want to change them. I had to make the choice [to change myself] after hitting rock bottom. I had no choice but to go on this emotional, spiritual, psychological journey or I probably wouldn’t live to see 2018… I tried medication and that was really intense,” she was further quoted. Katy Perry Reveals What Prevented Her From Committing Suicide Few Years Ago.

Never too pregnant for a crop 💁🏼‍♀️ and never too good for a mask 😷 Get ur #SMILE game on (tho don’t forget darling #Daisies🌼) and head to the link in my bio for your merch bundles! 😁

The Roar singer said that she is now in a happy space and doesn't really care about the numbers anymore. “I’ve been through the journey, now I’m just enjoying the ride. I’m [no longer] a thirsty, desperate pop star that has to reach certain numbers in order to feel worthy. The overall definition of this record [her new album Smile] is getting my smile back," she said. Well, we are glad that Katy has been able to overcome that phase of her life.

(The above story first appeared on LatestLY on Aug 03, 2020 10:53 AM IST. For more news and updates on politics, world, sports, entertainment and lifestyle, log on to our website latestly.com).