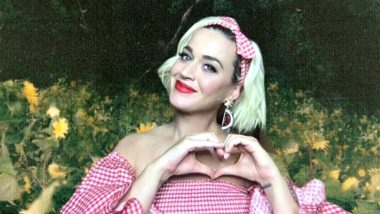 The topic of mental health has become relevant and important now than ever. Finally, this subject is getting its due importance and mental health awareness is being spilled all over. The talk which was considered as taboo a few years ago is now being considered seriously and appropriate measures are taken to spread the word too. Amid this, International singing sensation Katy Perry recently revealed that she had considered suicide back in 2017. Katy Perry Talks About Her Battle With Clinical Depression, Says She Couldn't Imagine Living.

Katy, who is expecting her first child with fiance Orlando Bloom, made this heartbreaking revelation. She also revealed how she overcame these thoughts and got back on her feet eventually.

Speaking with radio station SiriusXM CBC, she said, "My career was on this trajectory when it was going up, up and up and then I had the smallest shift, not that huge from an outside perspective. But for me it was seismic. I had given so much out, and it literally broke me in half. I had broken up with my boyfriend, who is now my baby daddy-to-be."

After elaborating a bit further on how she felt during her low time, she added, "'Gratitude is probably the thing that saved my life, because if I did not find that I would have wallowed in my own sadness and probably just jumped." Speaking about how she copes up with bad days, she added, "But I found the ways to be grateful. If it gets really, really hard I walk around and say, "I am grateful, I am grateful!"; even though I am in a sh***y mood."

Now, the "Roar" singer is in a happy space as she is soon welcoming her daughter. In fact, the couple has decided to ask their daughter herself about what name would she like to choose for herself. Orlando has a nine-year-old son Flynn with ex-wife Miranda Kerr. Well, we are glad that the Katy has bounced back to good health and life, and we cannot wait to see her baby already!

(The above story first appeared on LatestLY on Jun 29, 2020 03:01 PM IST. For more news and updates on politics, world, sports, entertainment and lifestyle, log on to our website latestly.com).