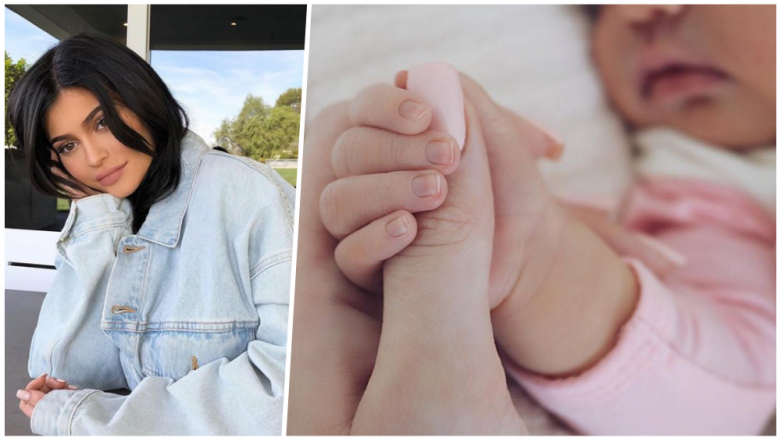 Kylie Jenner revealed the name of her newborn daughter, Stormi Webster. The socialite and a new mother posted on her Instagram account on February 6- her daughter’s name with the little one’s photo grasping her proud mother’s finger. “stormi webster”, Kylie kept the caption simple along with an angel emoji. Jenner also confirmed that the child is healthy and beautiful.

“Pregnancy was the most beautiful, empowering and life-changing experience,” the 20-year-old American personality shared earlier. Fans were convinced ever since Jenner shared the 11-minute video documenting her pregnancy on YouTube on February 4. The video titled “To Our Daughter”, featured a couple of shots of this wonderful moment which gained over 40 million views. She also showed the baby’s nursery that was decorated with butterflies on the wall.

Sources say that the 20-year-old American personality had a name picked out before she even got pregnant. She admitted that she has always known what she wanted to name her future children. In an interview posted on her app, she confessed, “I like to have a very big family. I keep a list in my phone of names I like for my future kids”.

At this point, it is not quite clear as to where Jenner will go when it comes to her social media activity. But the post of Stormi and the recent YouTube video is quite a sign that the new mother will manage her personal and professional life well. So far, this is the only photo that Kylie has shared. We cannot wait to see more of the little angel whirling around as she grows up.