Actor Extraordinaire.... Cinema Legend.... Human Definition of Acting Quirk... the adjectives mentioned in the previous sentence perfectly sum up one of the greatest actors in the history of cinema, the late Marlon Brando. 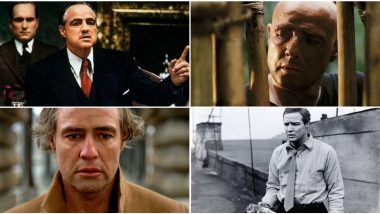 Actor Extraordinaire.... Cinema Legend.... Human Definition of Acting Quirk... Someone who should have been called out on #MeToo. Let's talk about the last bit a little later, but the adjectives mentioned in the previous sentence perfectly sum up one of the greatest actors in the history of cinema, the late Marlon Brando. A performer so naturally talented, that even his laziness in mugging up his lines (Brando had a history of doing so) has not come in the way of a great performance. And films like On The Waterfront, A Streetcar Named Desire, Apocalypse Now and of course, The Godfather, are excellent proof of that. Rajkummar Rao Mimicking Shah Rukh Khan, Salman Khan and Even Marlon Brando in This Video is Beyond Amazing!

Born on April 3, 1924, Marlon Brando's ascension to superstardom began with playing Stanley Kowalski in A Streetcar Named Desire. Even then, his erratic behaviour had been bothersome for directors. From thereon, Brando's movie career is marked by two things - great performances and unforgettable controversies. But despite his alleged uncooperative attitude towards directors, Brando is known for being one of the first actors to practise Stanislavski system of acting and method acting.

With 40 films in his kitty, Brando had won two Oscars and six nominations at the Academy Awards. He had also directed the 1961 film One-Eyed Jacks, the only time he did so. Brando passed away on July 1, 2004. His last film was the 2001 film The Score.

On the occasion of his birth anniversary, let's look at 10 of the coolest lines Brando has delivered in his illustrious career. 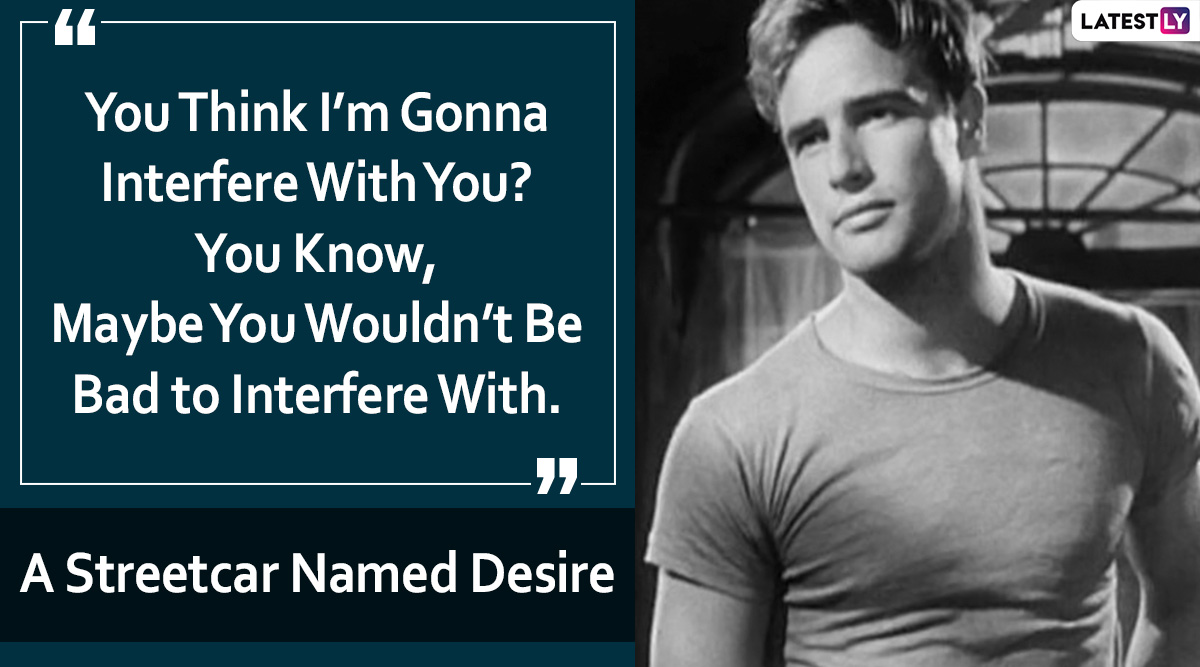 The movie that put Brando on the map to the stars! 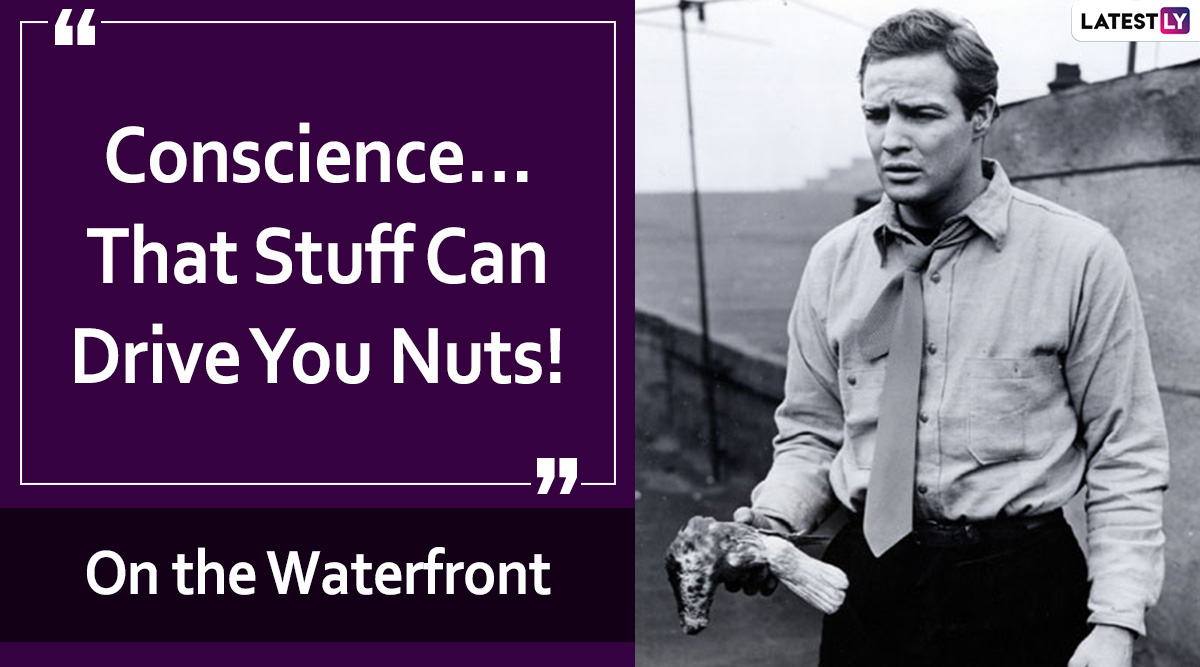 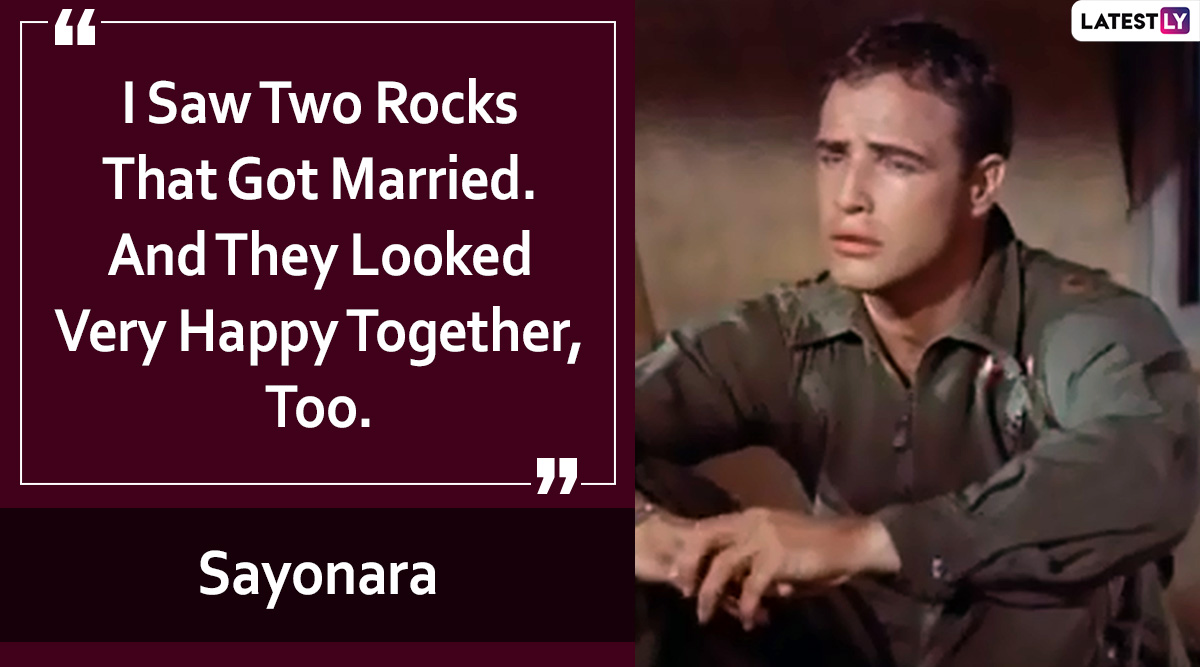 Brando plays a WWII Air Force pilot who falls for a Japanese dancer in this romantic drama.

Mutiny on the Bounty

This film is based on the 1789 real-life mutiny led by Fletcher Christian against William Bligh, captain of the HMAV Bounty, with Brando playing Fletcher.

Reflections in a Golden Eye 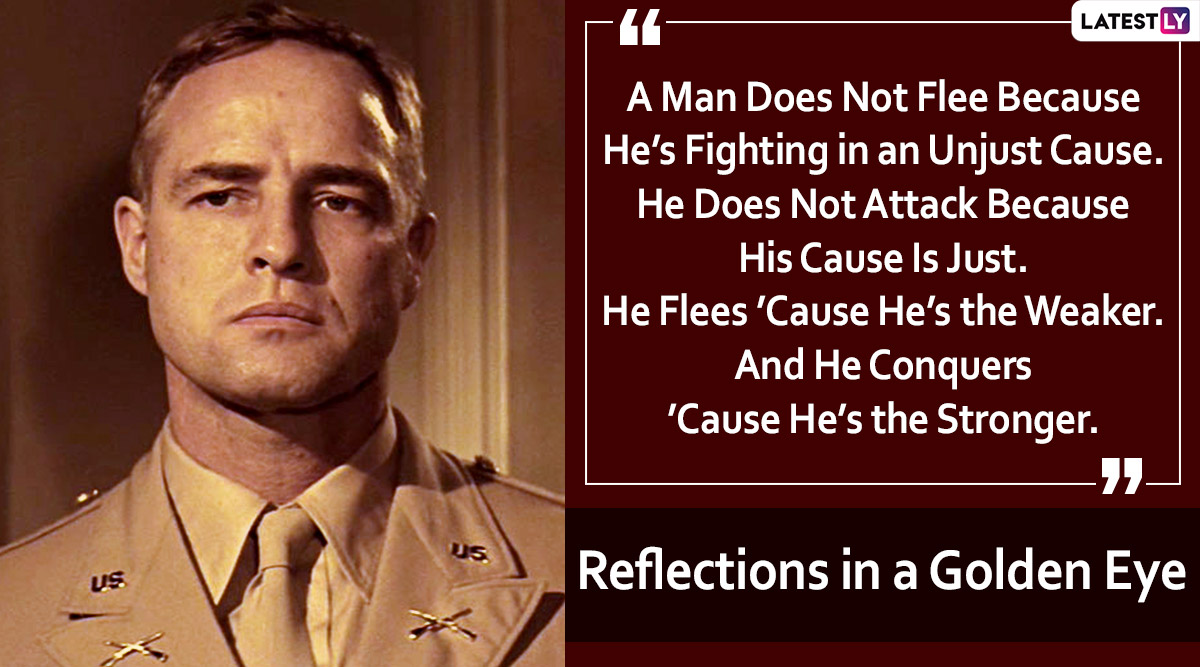 Reflections in a Golden Eye starred two greats in one movie - Marlon Brando and Elizabeth Taylor. 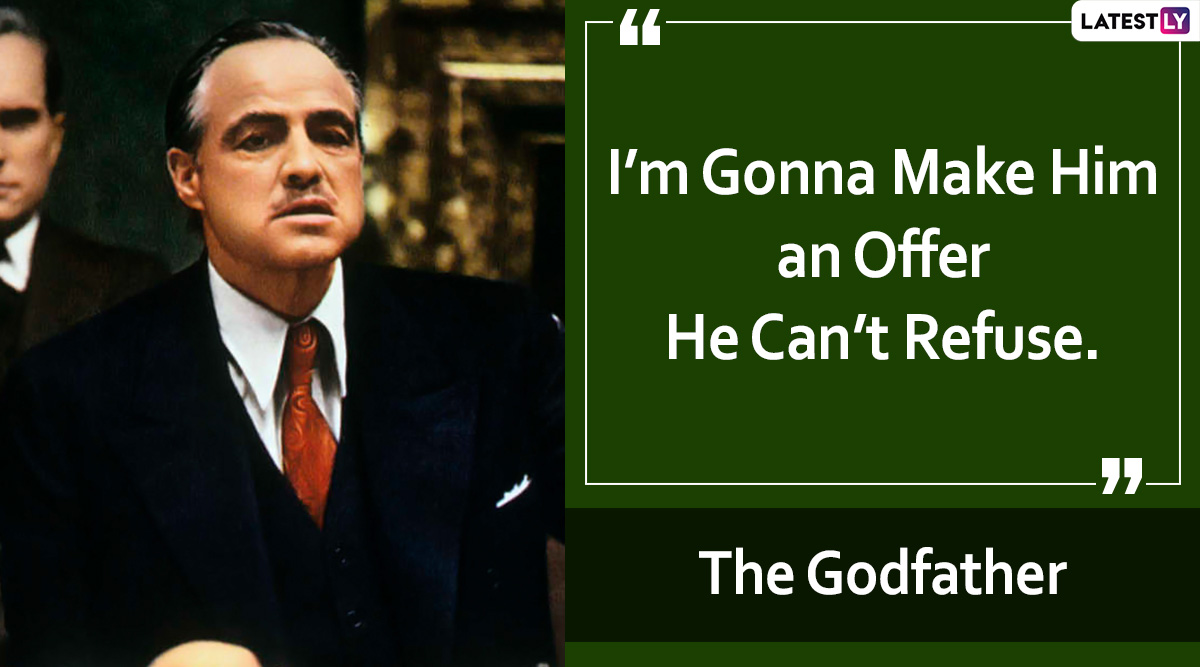 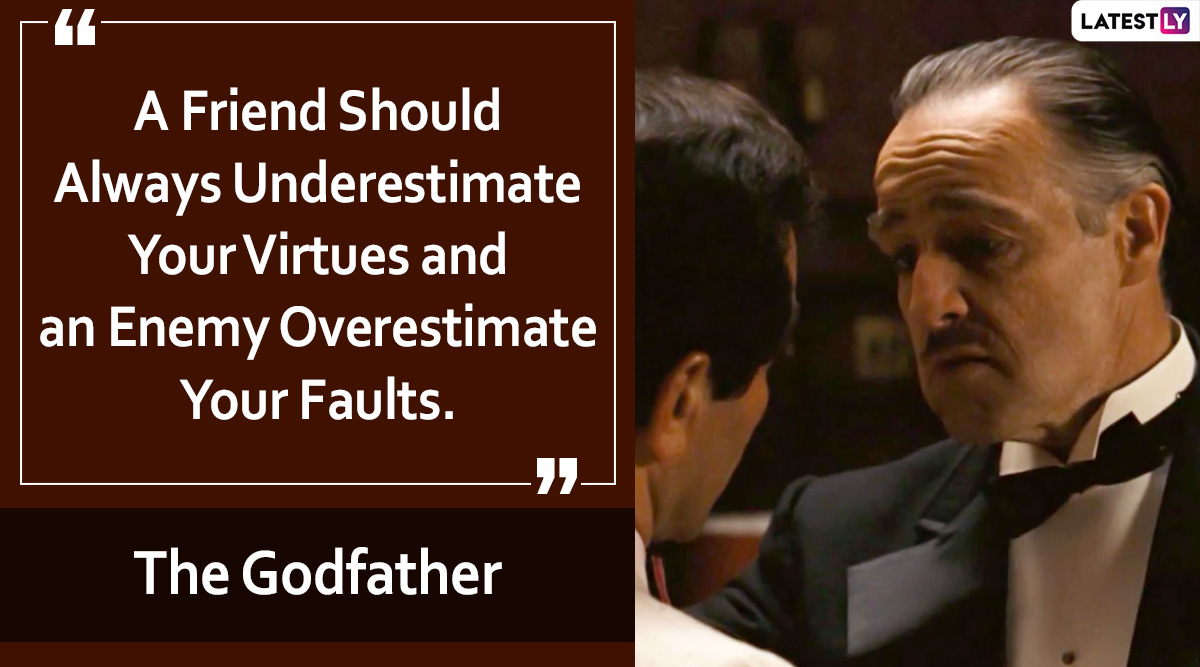 How can we be satisfied with just one quote of Don Corleone? So here's another great one... 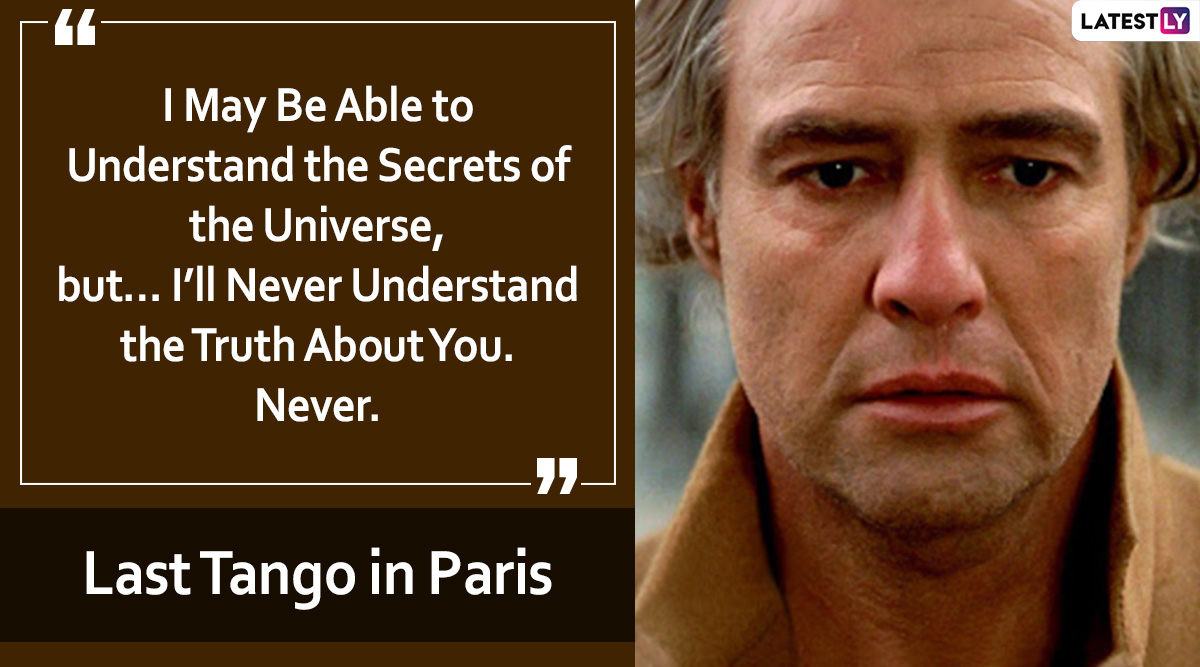 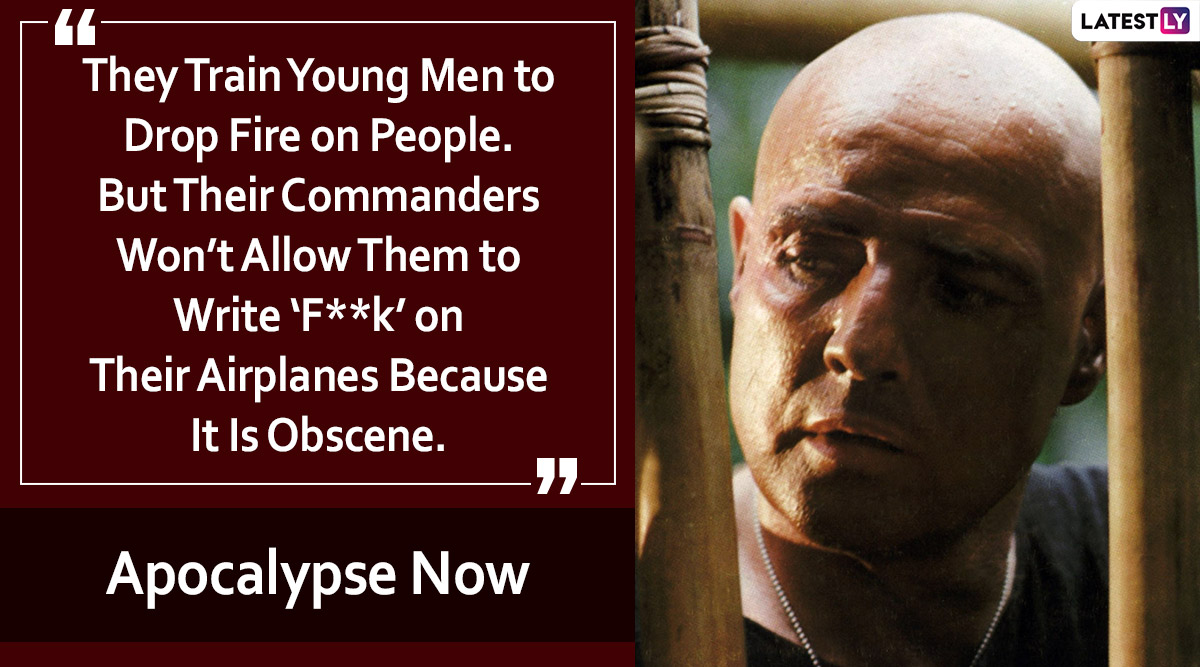 This Francis Ford Coppola film is known for its anti-war themes, with Ford playing Kurtz, a crazy ramification of the war.

The Island of Dr Moreau 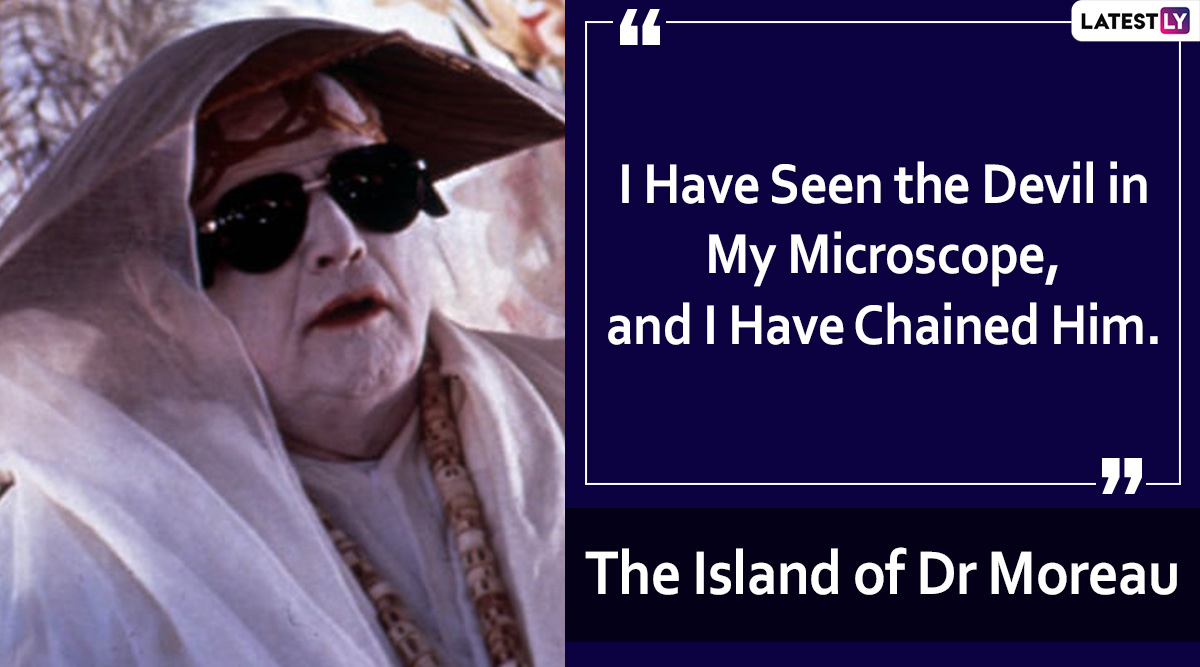 One of the worst films that Brando has been a part of, the behind-the-scenes stories in the film are far more interesting than the actual movie.

(The above story first appeared on LatestLY on Apr 03, 2020 11:05 AM IST. For more news and updates on politics, world, sports, entertainment and lifestyle, log on to our website latestly.com).