Mary Elizabeth Winstead Birthday: 5 Best Movies From her Filmography that We Can Vouch For (Watch Videos)

On Mary Elizabeth Winstead's birthday, here's recalling some of her best movies. 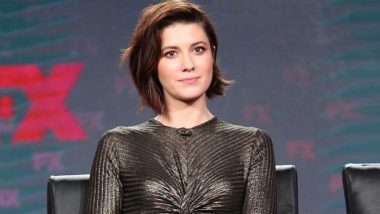 Mary Elizabeth Winstead celebrates her birthday on November 28. The Fargo actress who's quite a popular and reliable name in the acting circle has tons of fabulous projects under her name. While some aren't a box office success, they are critically well acclaimed or simply good enough for us to enjoy. Over the years, Mary has sharpened and worked upon her acting skills to become the performer that she is today. As we gear up to celebrate her special day. here's taking a look at some of her best projects so far.

Birds of Prey: And the Fantabulous Emancipation of One Harley Quinn

Quite big a title there, right? Margot Robbie returned as your beloved Harley Quinn in this movie based on DC Comics. After her breakup with Joker, when she's alone and unprotected, she decides to team up with a bunch of female heroes to fight a gangster and protect a girl. Mary Elizabeth Winstead played Huntress in here and we surely loved her portrayal.

A sci-fi thriller where a woman thinks she's abducted but she's forced to believe that the outside world is unbreathable due to an unknown chemical attack. The movie didn't receive much praise but its eerie plot and fine performances surely make it convincing.

A superhero comedy movie, this one by Disney may remind you of We Can Be Heroes. There's a school for all the superheroes' kids where the protagonist discovers his true powers and learns about loyalty and friendship. Overall it was a harmless movie that you wouldn't mind wasting your time on.

Imagine having your clone who's hunting you in this big bad world! Scary, eh? Well, that was basically the premise of Will Smith's Gemini Man. An ageing assassin is being hunted by his clone. Upon realising the reality, he sets out to unearth the truth and find its origin.

A Good Day to Die Hard

Okay, yes this is an unpopular opinion but this movie isn't as bad as Die Hard fans claim it to be. John McClane has a son who's in Russia. When McClane reaches Moscow to help out his son, he discovers that he's an undercover CIA agent on a mission. What follows next is... well, Die Hard!

(The above story first appeared on LatestLY on Nov 28, 2021 09:00 AM IST. For more news and updates on politics, world, sports, entertainment and lifestyle, log on to our website latestly.com).