Ms Marvel: Kamala Khan Will Be Displaying Different Superpowers From Her Comicbook Avatar in the Disney+ Series - Here's How!

Ms Marvel is an upcoming Disney+ show produced by Marvel Studios. It stars Iman Vellani and is scheduled to release in early 2022. 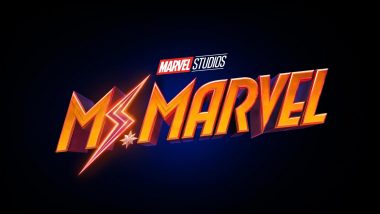 Ms Marvel has been subject to quite the controversy in the last few months online. The main reason for this discussion has been the rumour that Ms Marvel aka Kamala Khan won’t be having her powers from the comics, but rather something completely different. Kamala Khan in the comics has her origins tied to being an Inhuman. She has powers similar to that of Mr Fantastic where she can stretch her hands. Ms Marvel can also change her disguise by altering her face. So exactly what is being changed about her? Well a whole lot. Ms Marvel: All You Need to Know About Kamala Khan, the New Superhero Set to Make Her Debut on Disney Plus.

Well according to this link that gives us our first look at Ms Marvel merchandise, her powers are described as being crystal. Which further gives credence to the rumour that Ms Marvel will be making crystal like constructs in the show, which is a bit weird to be honest.

With her having crystal like powers and being able to make constructs will basically turn her into Marvel’s version of Green Lantern. With this we can even expect a change in her origins because again, in the comics her powers are heavily tied into those of Inhumans.

I don’t know how the show is going to work around this as they are fundamentally changing the most important aspect of Kamala. But… It's Marvel Studios here and we do have to give them the benefit of the doubt. They seem to be in control of whatever they are doing, so hopefully it works out for the best. Iman Vellani To Play The Titular Role In Marvel’s ‘Ms Marvel’ Series for Disney+.

Ms Marvel is scheduled to release somewhere in early 2022 and will premiere on Disney+ Hotstar.

(The above story first appeared on LatestLY on Oct 26, 2021 02:37 PM IST. For more news and updates on politics, world, sports, entertainment and lifestyle, log on to our website latestly.com).