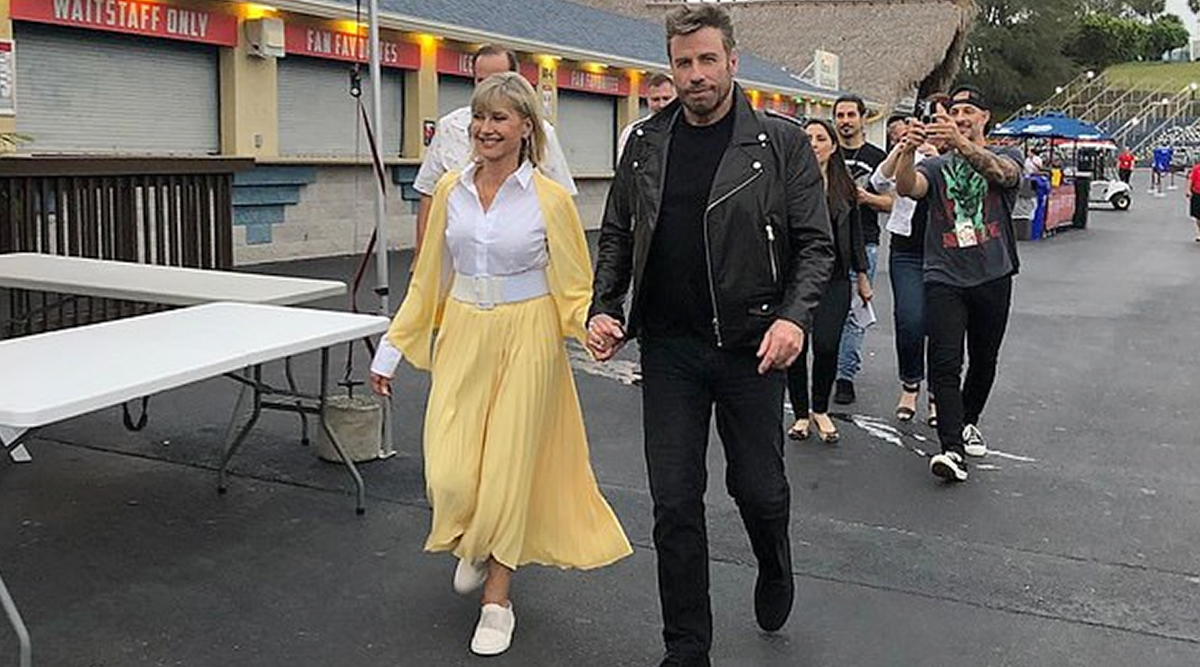 Actress Olivia Newton-John has shared a photograph of her and John Travolta dressed as their Grease characters -- saying it's the first time they have done so since the film was released 41 years ago. The actors, who played Sandy and Danny in the hit 1978 teen flick, looked just as good as they did way back when the film was released, as they suited up in their old costumes. Newton-John wore the "good Sandy" outfit consisting of a yellow midi-skirt and cardigan over a white shirt and flat shoes, while Travolta went for Danny Zuko's iconic quiff hairstyle and leather jacket look, reports metro.co.uk. Rydell High: John Travolta’s 1978 Musical ‘Grease’ to Get a Spin-Off Series at HBO Max.

Sharing the special moment, the actress told fans: "First time in costume since we made the movie! So excited!' Travolta, 65, also shared photographs and videos from the night, telling fans: '#Grease is still the word. Opening night of #MeetNGrease at the @coralskyamp in West Palm Beach!' They'd reunited for the Meet 'n' Grease event, where hundreds of fans got to attend a movie singalong event alongside the two lead characters from the film. The event stated: 'It's the Rydell High School reunion event of the year when Grease stars John Travolta and Olivia Newton-John reunite for a special "Meet 'N' Grease" movie Sing-A-Long event. Melissa McCarthy’s Action-Comedy Film ‘Superintelligence’ Lands on HBO Max.

"In addition, there will be a massive screening of the Grease Sing-A-Long film, followed by a special, intimate Q&A with Travolta and Newton-John. All audience members (from General Admission to VIP Package ticket holders) are encouraged to come dressed as your favorite character from Grease." Newton-John, 71, recently sold her iconic "bad Sandy" outfit of a leather jacket and tight spandex trousers at auction, to raise money for her cancer centre after she said she was battling the disease for the third time.

First time in costume since we made the movie ! So excited!!

Her leather jacket sold for £185,000 ($2,46,512.32), but was later returned to her by the anonymous buyer, for her to display at the centre instead of being in "some billionaire's closet for bragging rights". While she may have been "good Sandy" for the photographs, Newton-John later swapped into a similar outfit to the black leather ensemble "bad Sandy" wore at the end of the film, and the pair posed in the convertible car from the end of the film.