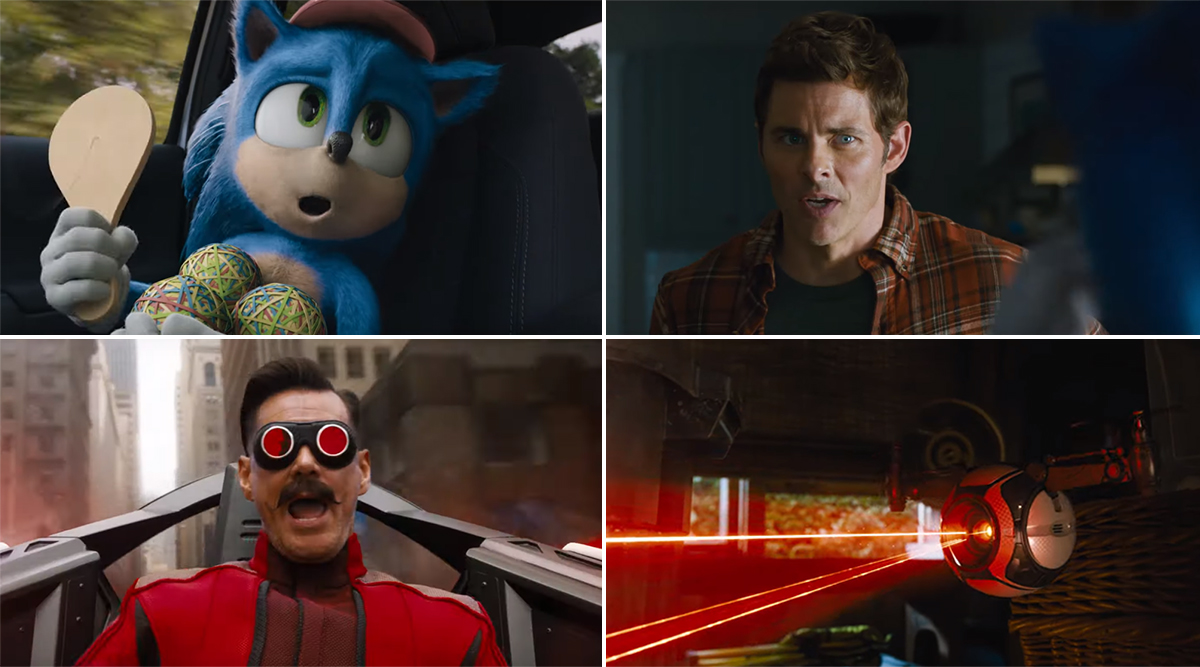 Sonic The Hedgehog is releasing in the USA on February 14 and the gaming fans all across the globe are eagerly waiting to see this live-action adaptation of the popular SEGA game on the big screen. Helmed by Jeff Fowler, Sonic The Hedgehog has the iconic video game character coming to Earth from an alternate dimension with his major attribute of supersonic speed. It stars Jim Carrey playing the antagonist Dr Robotnik a scientist who is after Sonic for his evil experiments. Parks and Recreation fame Ben Schwartz provides the voice for Sonic, while James Marsden plays his human friend, a sheriff in a sleepy town in Montana. Sonic The Hedgehog Star Jim Carrey Slammed for Making a Sexist Comment on a Female Journalist.

In India, it releases on February 28 and just before you plan to watch it in the theatres, we bring you Sonic The Hedgehog movie review by various Hollywood portals who had a hard time watching this. Let us take a quick look at what critics have to say about Jim Carrey's Sonic The Hedgehog. Sonic The Hedgehog New Trailer: New Version of Sonic Is Here To Entertain Us Along With Jim Carrey and James Marsden (Watch Video)

"Any movie pairing a live-wire animated character and a straight-faced human had better have something fresh to say after Who Framed Roger Rabbit?, but Sonic really doesn’t. Rather than Roger Rabbit, its chief inspiration is more likely last year’s Detective Pikachu, which also put a Japanese video-game character into a Hollywood family comedy, and cleaned up at the box office."

"The movie is also a visual treat, with CGI Sonic fitting beautifully into the real world. His initial design was revised following some pretty intense fan backlash. However, the forgettable jokes don't live up to its visuals, but it's a decent cinematic start for the blue blur and leaves me with the hope of an even more adventurous sequel down the line."

"Sonic the Hedgehog didn’t undergo tinkering beyond the 11th hour, but until now, this videogame-to-screen adaptation was best known for having its release delayed to address fans’ reactions to the trailer specifically, to the way Sonic looked, which suggested that photorealism has its limits when the subject is a spiny blue mammal from space."

"Sonic, who was attacked for looking too anthropomorphic for comfort (there was a great deal of attention paid to his unnecessarily human teeth), is now closer to the big-eyed, red-sneakered scamp with a stylized smirk who was launched by Sega in 1991 and wound up becoming a kind of Mario or Pac-Man for millennials."