Spike Jonze Birthday Special: 10 Beautiful Quotes from His Movies That Will Leave You Deep in Thought

Considering his films deal with some intricate, often unconventional take on human relationships, they offer some very insightful lines on human behaviour and society. On the occasion of Spike Jonze's 51st birthday, let's look at 10 amazing movie quotes from his films. 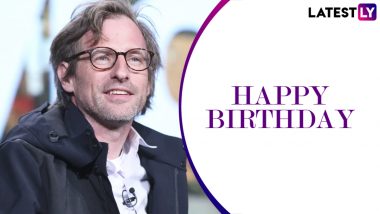 It is hard to imagine that a celebrated filmmaker like Spike Jonze has only made four feature-length films in his career till now. It isn't that he is someone who works at his own leisure, like say, a Terence Malik. Jonze has directed quite a few music videos, documentaries and short films. He is also the creative director of Vice Media, Inc and its multinational television channel Vice on TV. But despite the many accolades in his way, Jonze is content only making four films till now. Scarlett Johansson Birthday Special: 6 Best Movie Roles of the Black Widow Star That Left a Strong Impact.

And yet what brilliant stuff those movies are, each transcending genres and tropes without sticking out. His first film, Being John Malkovich, is a surreal sci-fi meta comedy, which many movie biffs are still trying to figure out all the allegories. His second film, Adaptation., features a career-best performance from Nicholas Cage, Meryl Streep in top form and an Oscar-winning turn from Chris Cooper. And like Being John Malkovich, even Adaptation. is plentiful of bizarre comical elements that will make you guffaw in appreciation, while also scratching your head to figure out what the hell is happening. Considering both the films are penned by the great Charlie Kaufman, that's understandable.

His third film, Where The Wild Things Are, is perhaps his most underrated film, a fantasy adventure drama that looks to be made for kids, but is dark enough to make even the adults feel concerned. Finally, there is Her, a sci-fi futuristic love story about a lonely man who falls for his AI, featuring fantastic performances from Joaquin Phoenix and Scarlett Johansson. Or rather, Johansson's silky voice. I still consider Her as one of the best romantic films that is apt for the era that we are living in. ‘Jackass’: The Prank Film Series to Return on Big Screen after 10 Years.

Considering his films deal with some intricate, often unconventional take on human relationships, they offer some very insightful lines on human behaviour and society. On the occasion of Spike Jonze's 51st birthday, let's look at 10 amazing movie quotes from his films.

I Found A Damn Good Reason For Shirking Work! 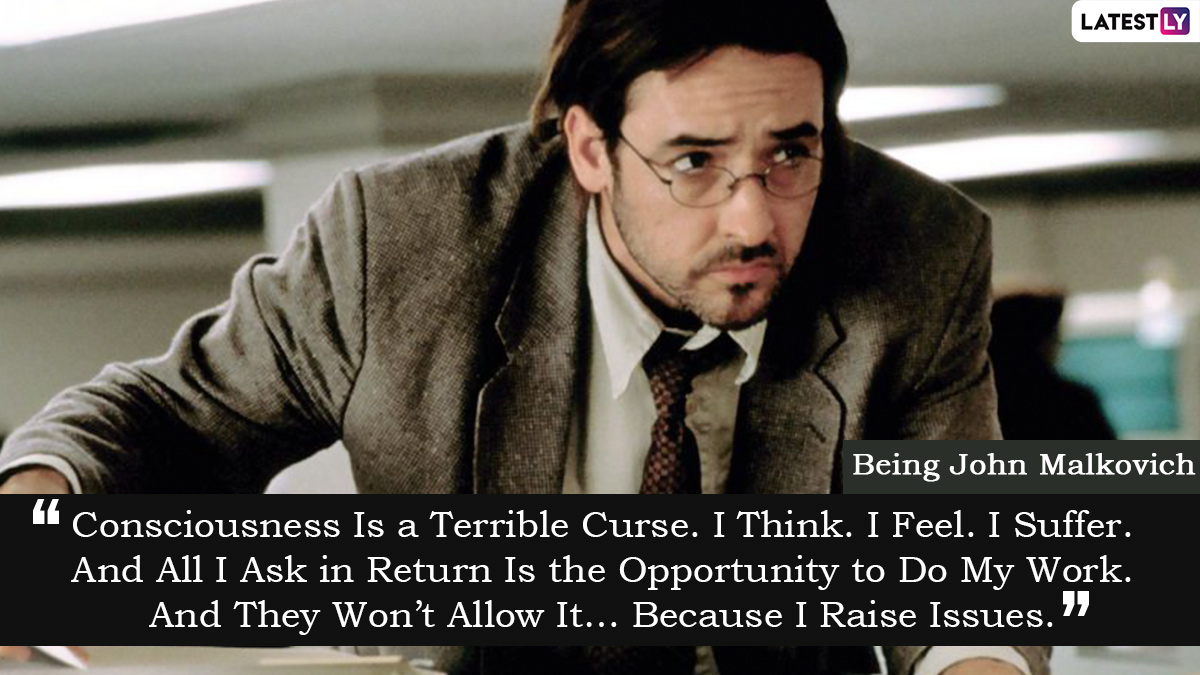 John Cusack in Being John Malkovich

So Our News Channels Are Doing Art? 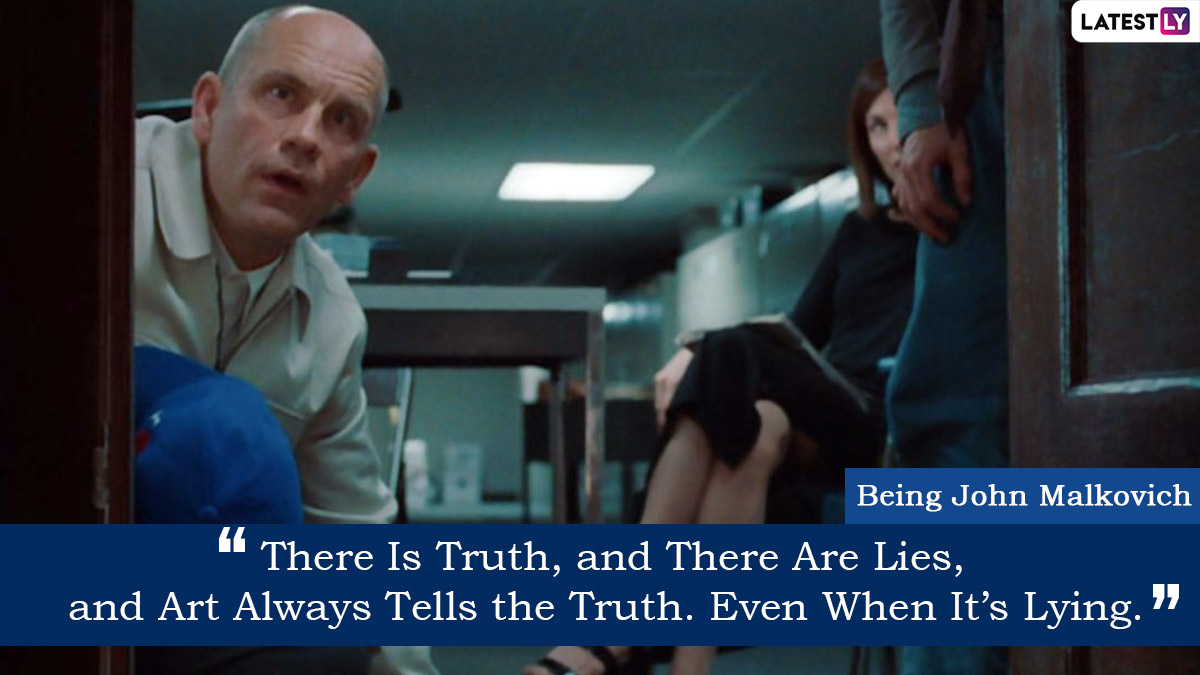 Had to Read It Thrice To Get What She Said! 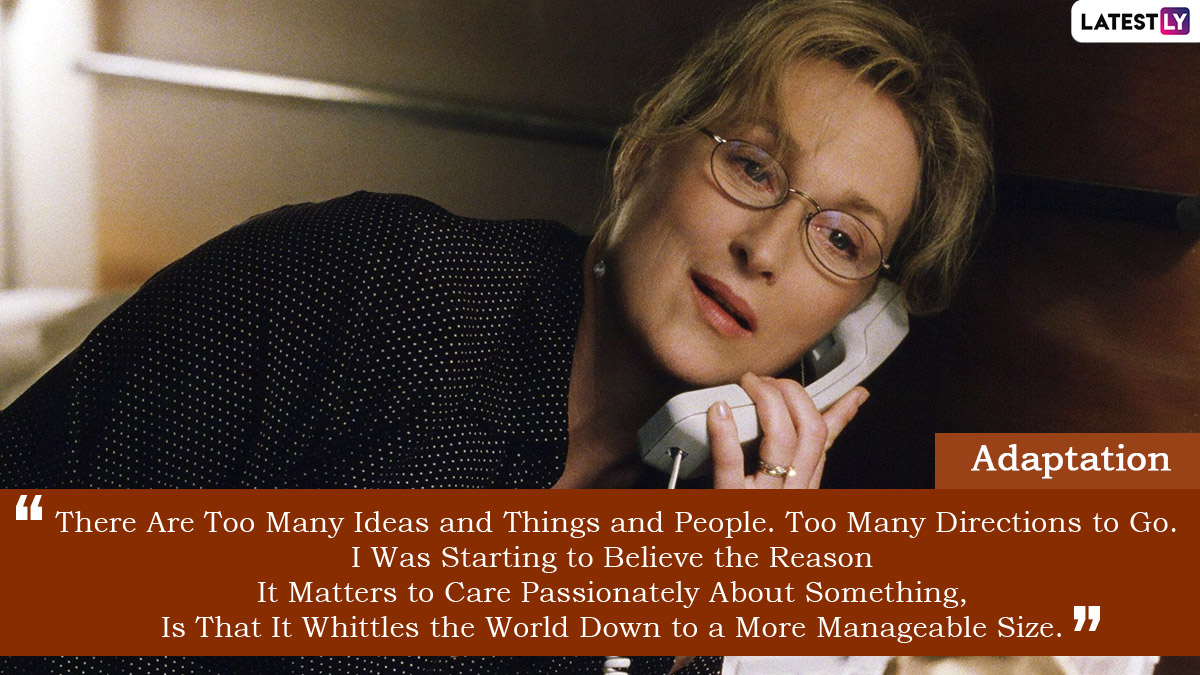 In Case You Doubt Which is Better - Rules or Principles? 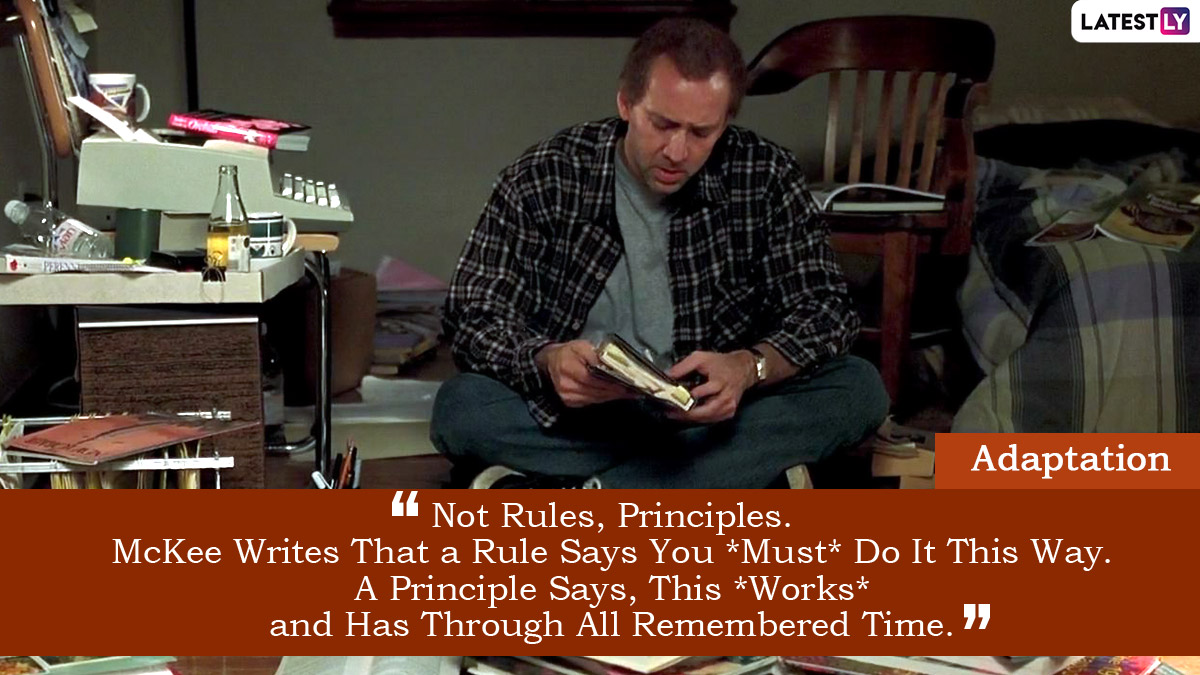 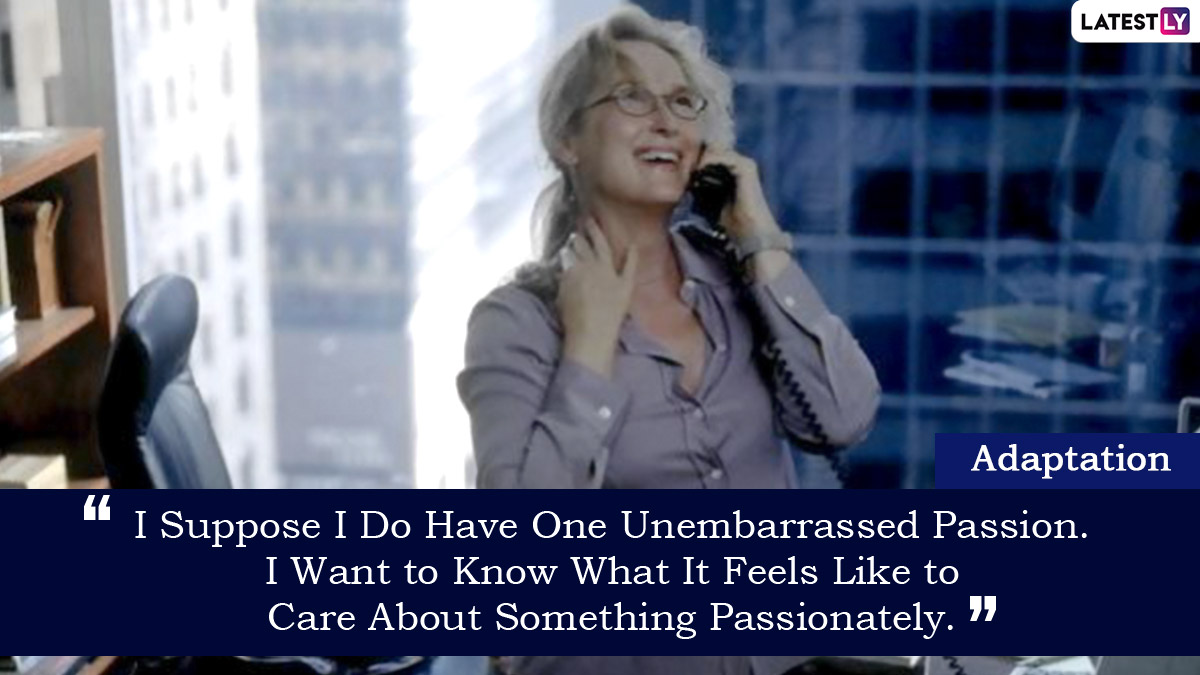 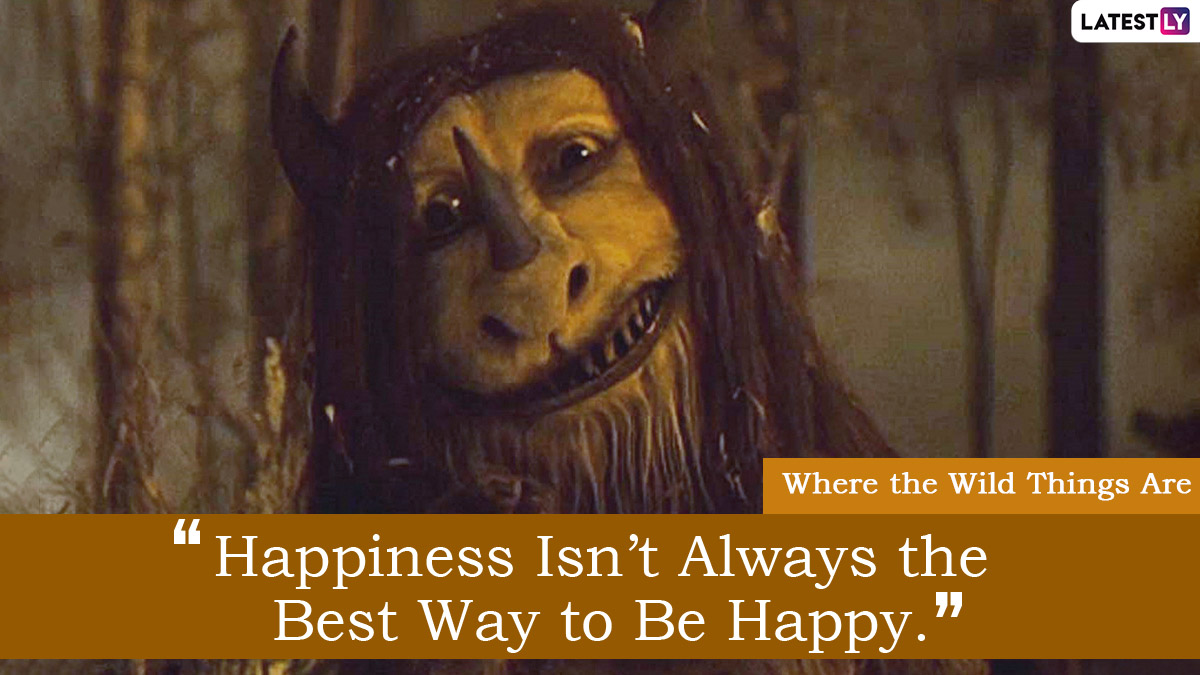 Judith in Where The Wild Things Are

Me, Before I Get On To My Twitter Feed 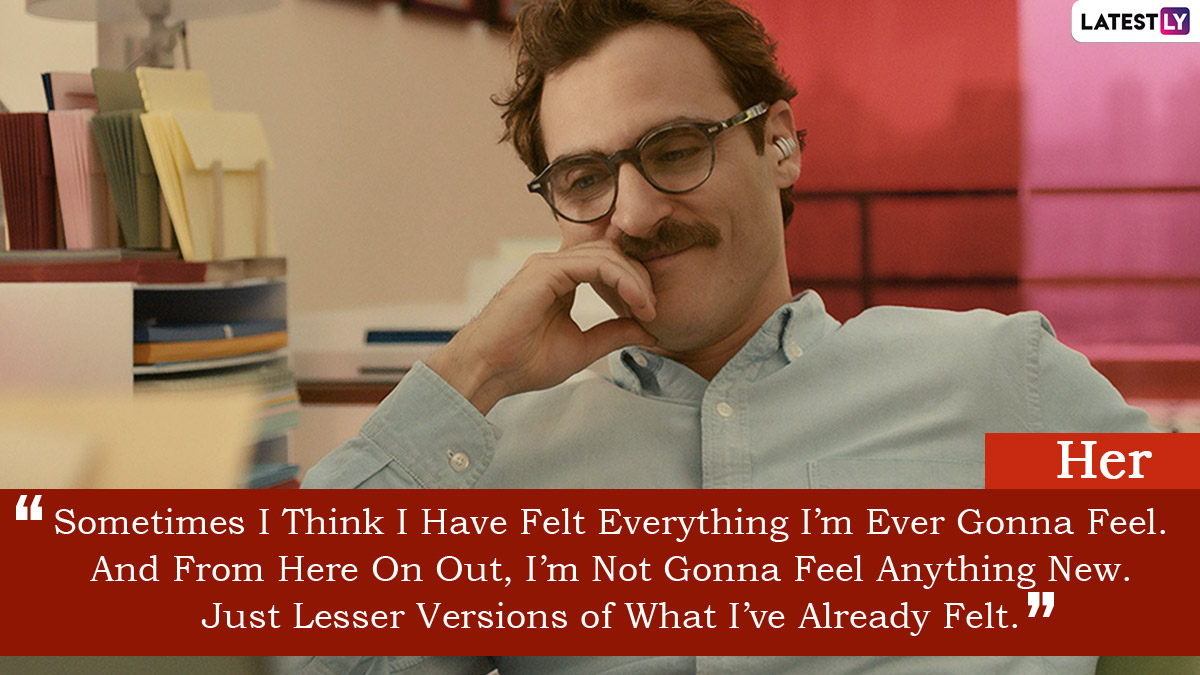 Joaquin Phoenix in Her

We Are All Freaks, Ain't We? 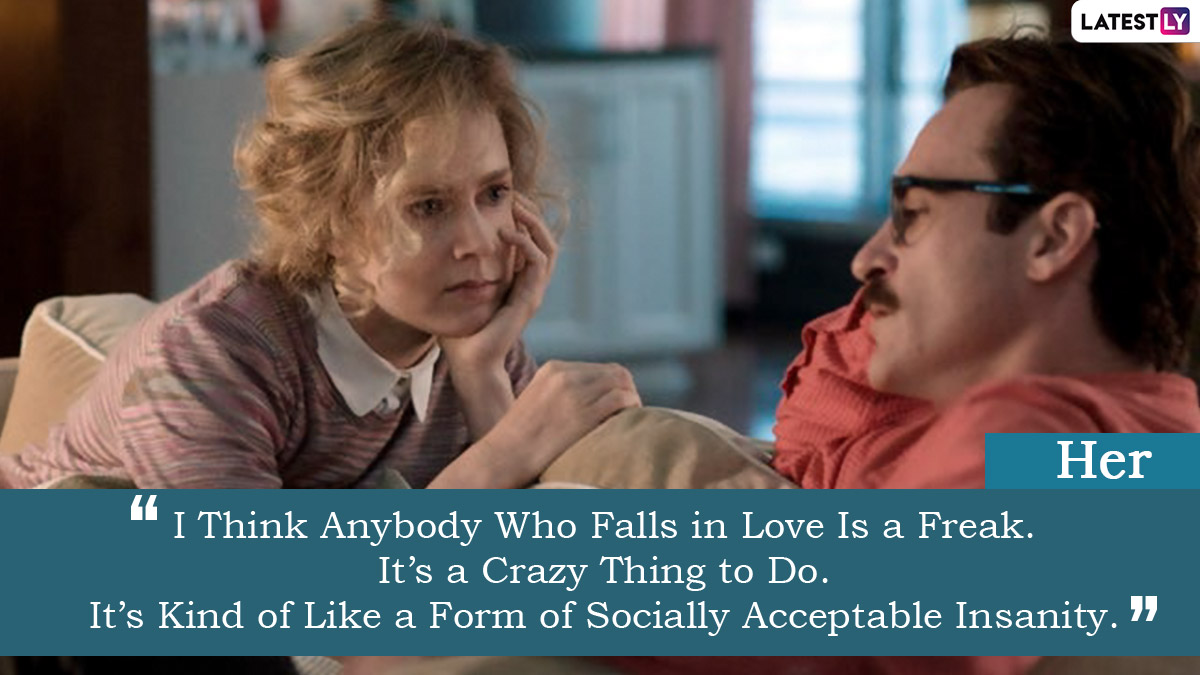 Amy Adams in Her

Wow! This is Beautiful! 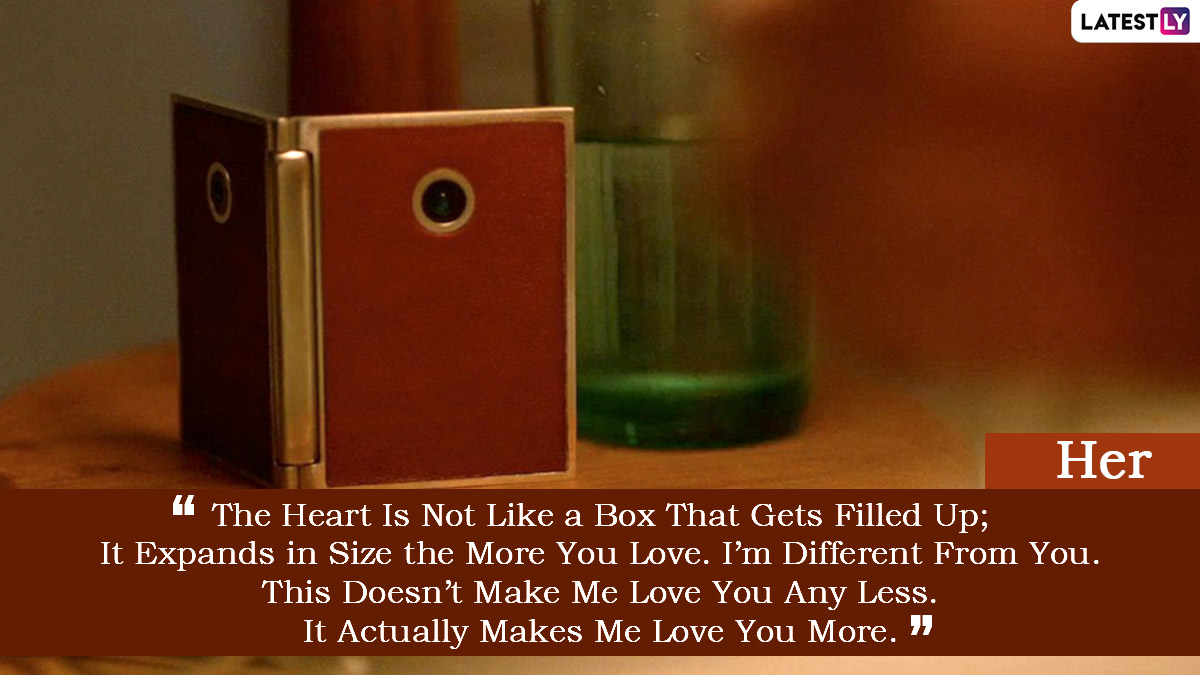 A Still from Her

How We Convince Ourselves About Our Exes 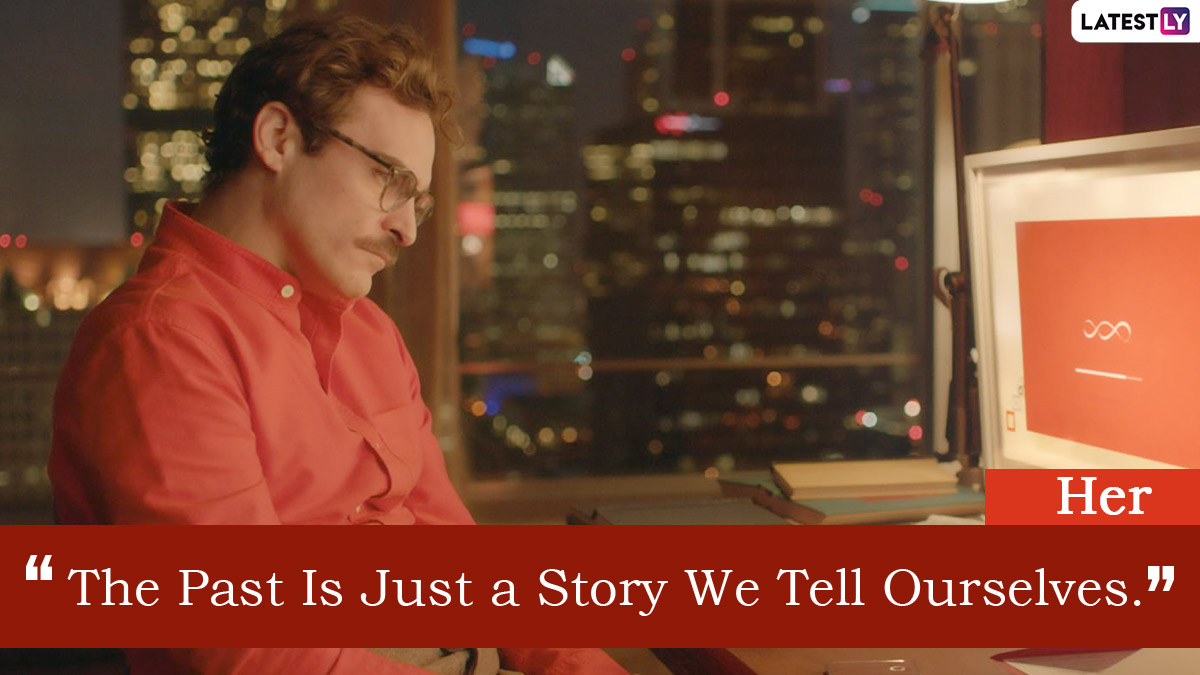 Joaquin Phoenix in Her

Also, on behalf of the LatestLY desk, we wish this amazing filmmaker Many Many Happy Returns of the Day. Also we are eagerly waiting for what brilliant treat he is working on for his next feature film.

(The above story first appeared on LatestLY on Oct 22, 2020 03:16 PM IST. For more news and updates on politics, world, sports, entertainment and lifestyle, log on to our website latestly.com).