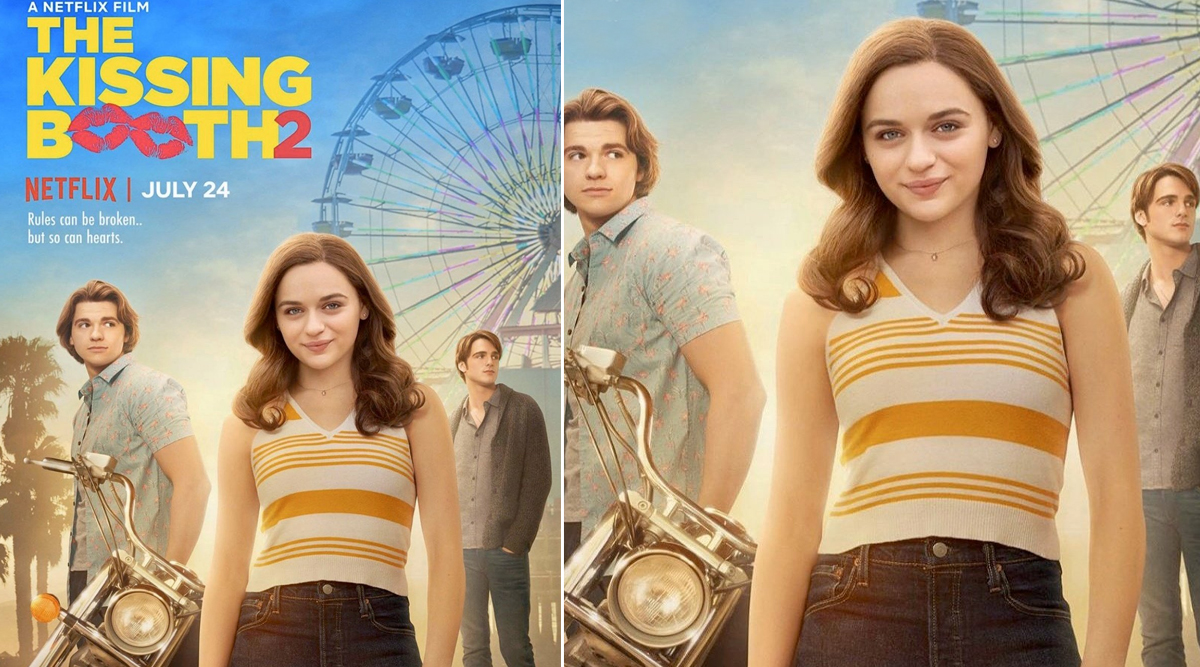 Actor Joey King has announced that the much-anticipated sequel to her romantic-comedy “The Kissing Booth” will premiere on Netflix on July 24. King made the revelation during an Instagram live, which also included surprise video calls from the team of “The Kissing Booth 2”, movie trivia, a fan Q&A and deleted scenes from the first film. “‘The Kissing Booth', which released on Netflix in May 2018, followed Elle (King), a teenager whose romance with a high school senior and bad boy Noah (Jacob Elordi) puts her lifelong friendship with Noah's younger brother, Lee (Joel Courtney), at risk. The Crown Season 5: Producer Andy Harries Unsure About Filming the Netflix Show Under Social Distancing Guidelines.

The sequel, directed by Vince Marcello from a script he wrote with Jay Arnold, picks up with Noah at Harvard and Elle in her senior year of high school.

Now she will have to take care of a long-distance relationship, enrolling into her dream college with best friend Lee, and a close friendship with a good-looking new classmate Marco (Taylor Zakhar Perez). Anatomy of a Scandal: Big Little Lies Creators David E Kelley and Melissa James Gibson Roped In As Showrunners for Netflix’s Six-Part Project.

But as Noah becomes close to a college girl (Maisie Richardson-Sellers), it is a test of Elle's trust on him. The film is based on characters from Beth Reekles' young adult novel of the same name. It also stars Meganne Young and Molly Ringwald.