American actress Mia Farrow has revealed that she encouraged her adopted daughter Soon-Yi to "bond with" Farrow's ex-husband, actor-filmmaker Woody Allen, before she discovered about the affair between the two. 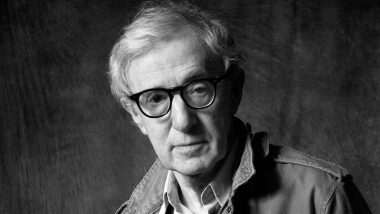 American actress Mia Farrow has revealed that she encouraged her adopted daughter Soon-Yi to "bond with" Farrow's ex-husband, actor-filmmaker Woody Allen, before she discovered about the affair between the two. In a four-episode documentary series, "Allen Vs Farrow", Farrow goes into her relationship with Allen, who has been accused by Farrow and their children of sexual and child abuse. Allen v Farrow: Woody Allen Documentary Series Based on Filmmaker’s Sexual Abuse Allegations Premieres on February 21 on HBO Max.

In the second episode of the series, Farrow said that she encouraged the (now) 85-year-old filmmaker to bond with their (now) 50-year-old daughter Soon-Yi, who later went on to marry Allen. "He took the little ones shopping and bought them airplanes and magic tricks. He started bringing all of them to basketball games. I really encouraged him to go with Soon-Yi, too, because she was really shy," she said on the HBO Max show, as reported by People magazine. Kate Winslet ‘Regrets’ Working with Woody Allen and Roman Polanski, Says ‘What the F*** Was I Doing’.

In the documentary Farrow claims that the affair started when Soon-Yi was in high-school, though Allen in his memoir, "Apropos Of Nothing", has claimed he started seeing her when she was in college. "I'm shooting Husbands and Wives, Soon-Yi comes in from college and I screen The Seventh Seal. Bergman's film ends and we're alone in my screening room, and quite smoothly,

if I do say so myself, I lean in and kiss her. She is complicit in the osculation and to the point, as always, says, 'I was wondering when you were going to make a move," he wrote in his autobiography. Both Allen and Soon-Yi have slammed the documentary series and called it a "hatched job riddled with falsehoods".

(The above story first appeared on LatestLY on Mar 01, 2021 11:33 PM IST. For more news and updates on politics, world, sports, entertainment and lifestyle, log on to our website latestly.com).