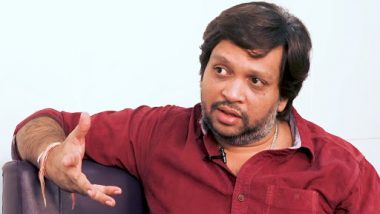 Latestly had met Akshay Bardapurkar, the founder of Marathi digital platform Planet Marathi to know about his views on content as the king in the digital platform. He mentions how once he was told to take down his Facebook and other social media platform posts for some censorship reasons. Akshay Bardapurkar: Marathi Cinema Can Scale Greater Heights With Better Packaging!

Akshay further revealed that if we evaluate web-series, it must have some sort of authentic information that inspires others to watch it. He said "Although we are at such a stage where makers are just emphasizing on the dark stories (not blaming any film-makers), the portrayal of Mumbai is often established quite dark. While one can show the positive side of this beautiful city skipping vulgarity. Though I might be trolled about these thoughts."

Bardapurkar clearly said that digital platforms need positive content more often and there is a need for it nowadays. He informed us, "I am not going to make any content that mock someone, or which makes fun of someone, can be a funny situation but not to take someone down, one might lose his relevance on the topic to force his agenda but I am not one of them as I would always want to back positive content. Digital Content is not a battleground and even trolling is unnecessary I would say." Planet Marathi Founder Akshay Bardapurkar Talks About the Scope of Marathi Digital Content in India (Watch Video).

Akshay Bardapurkar concluded saying we live in a generation of assumptions where one headline can create the wrong perception about anyone and this mindset needs to be changed. Akshay Bardapurkar signs off saying "I will keep delivering positive content in the future."

(The above story first appeared on LatestLY on May 18, 2019 04:50 AM IST. For more news and updates on politics, world, sports, entertainment and lifestyle, log on to our website latestly.com).