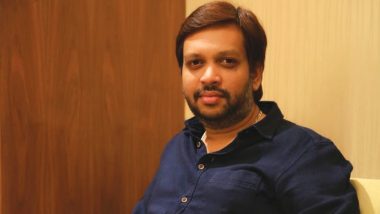 Digital mediums are quickly becoming the mainstay for entertainment consumption and it is across languages in India. Marathi filmmakers and producers too are opening up to the idea of digital content and are now experimenting with different storytelling techniques. Marathi OTT platform, Planet Marathi is a great example of that. After becoming the most subscribed and popular digital production, Planet Marathi is also coming up with their own Marathi serials now. Akshay Bardapurkar: Content Is King As Long As It Is Unique and Relevant In Today's Digital World!

Speaking to LatestLY, Akshay Bardapurkar, the founder of the popular Marathi digital platform, Planet Marathi highlighted the need to tap into topics relating to Marathi culture that could draw more audiences for a digital medium. He shared his insights about Maharashtra's cultural offerings such as food and music that could turn out to be a game changer for digital content. Akshay Bardapurkar: Marathi Cinema Can Scale Greater Heights With Better Packaging!

Talking about the scope of content creation for Marathi content, he said, "Music is not the same as it used to be five years ago. There could even be something such as 'Marathi rap' that is prevalent today. So can we do something on Marathi rap? I recently got to know that Nallasopara is the 'rap captial' of India. Content creation is a two-way process, they also need to recognition so reaching out to them is needed."

Check out the interview with Akshay Bardapurkar here:

One of the common problems digital platforms face is that of recognising the right kind of content. When asked about what can Planet Marathi offer, Bardapurkar said, "People like viral content and the 'dancing uncle' is a good example of that. The fame that he achieved was only because of a digital platform. No TV channel would have covered it, this is the kind of content that a digital platform can offer. Digital media can go anywhere, I am being told that films are being made on Smartphones now. The world is getting smaller so this is the digital connect."

Planet Marathi has already produced popular talk shows that were attended by popular personalities including A-lister celebrities and politicians. We definitely look forward to seeing more interesting Marathi content on the platform.

(The above story first appeared on LatestLY on May 17, 2019 05:02 PM IST. For more news and updates on politics, world, sports, entertainment and lifestyle, log on to our website latestly.com).