After marking her presence in regional films, she has now set her eyes on Bollywood. 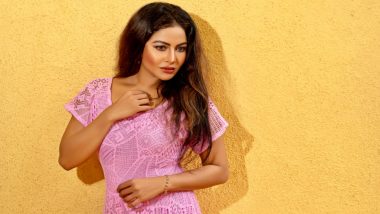 After marking her presence in regional films, she has now set her eyes on Bollywood.

Every industry has given us gems in the past who have excelled in their respective fields and been a great source of inspiration for people who aspire to reach the position as same as theirs. There have been some names who have created such deep impact that their success stories have stayed on in the minds of people for a long time. Out of the many such fields, the entertainment industry has given us exceptionally talented individuals who have created history and their presence has inspired many enthusiasts to the core. These powerhouses of talent are found galore in the entertainment industry which has given us many dynamic personalities in the past. We have in our midst one such talented artist whose work has made heads turn and take her notice, she is the extremely confident and raring to go Riyana Sukla, who has marked her presence as a model and actor, and what's more she indeed looks promising enough to create history if industry insiders are to be believed.

This thirty two year old beauty was born in Cuttack, Orissa, and since her early days the world of entertainment attracted her and all she wanted to do was become an actor going ahead in life. After completing her studies from the Ravenshaw University in Cuttack, she set out to set her foot in the world of television and films. Her talent was noticed and soon she landed up with some roles in regional films. Wanting to go a step ahead in her career and try her luck in the Hindi film industry she headed towards the Tinseltown of Bollywood - Mumbai, where she joined the eminent Roshan Taneja School of Acting. Soon she got her first break in Bollywood with the film 'Mr. Mba' and another one titled 'Lucknowi Ishq', both of which failed at the box office. Life took a turn, and she bagged an offer from a known banner in the Hindi film 'Life Ki Aisi Ki Taisi', where she played the lead role. That kick-started her film career, and she went on to sign an Oriya film 'Tu Achu Ta Mun Achi', which is slated to release soon. Along with some projects in the Hindi film industry which are in the pipeline, she has also signed a Bengali film which goes on the floors soon.

With the fast pace that Riyana is marching ahead, we might soon see her topping the film industry in the near future, we can lay our bets on her!