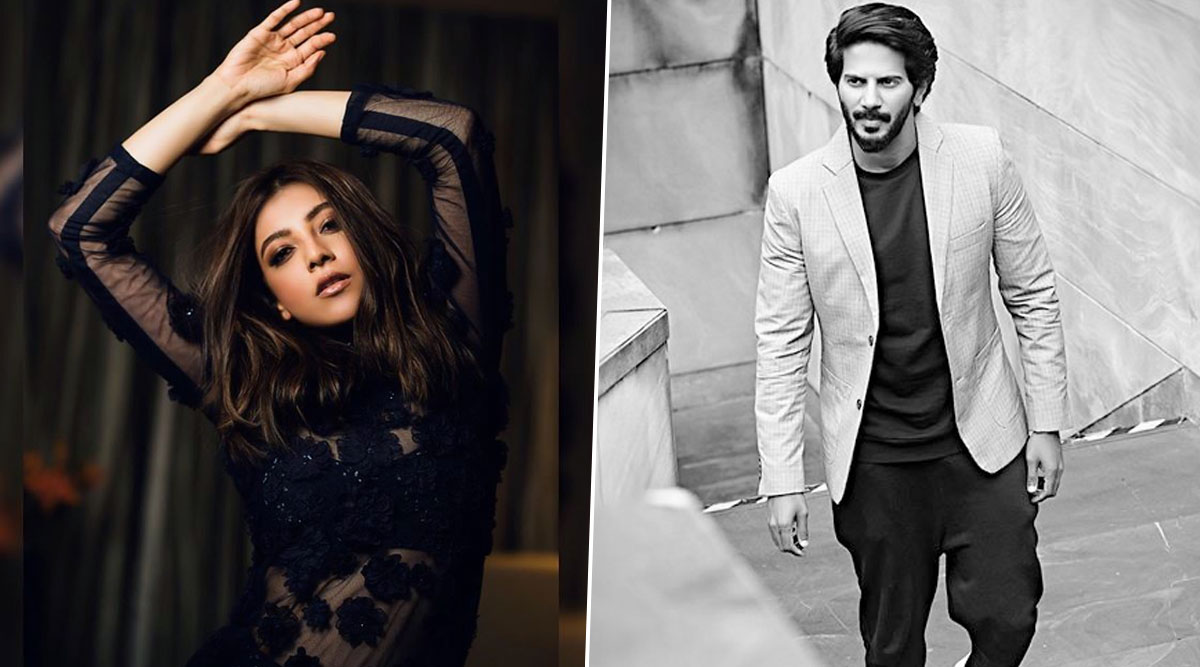 Kajal Aggarwal and Dulquer Salmaan are one of the most-loved actors down south. Both the actors have some amazing projects in their kitty. Although no official announcement has been made, Kajal has revealed that she would be screen space with DQ (as Dulquer is fondly called) in a Tamil film. In an interaction with the media during an event, Kajal said that she is doing a film with Dulquer. Besides that, Kajal has also said that she would be doing a web-series that would helmed by Venkat Prabhu. Kajal Aggarwal to Unveil Her Wax Figure at Madame Tussauds Singapore on February 5, 2020! (View Pics).

Talking about Dulquer Salmaan’s project in Kollywood, he made his debut in Tamil cinema in 2014. He featured in Balaji Mohan’s Vaayai Moodi Pesavum, in which he shared screen space with Nazriya Nazim and Madhoo. The other Tamil films that he has done in the past includes O Kadhal Kanmani, Solo and Nadigaiyar Thilagam (Mahanati). He has another Tamil film coming up, titled Kannum Kannum Kollaiyadithaal. Dulquer Salmaan: My Hands Shake While Doing Intimate Scenes.

#KajalAggarwal about her upcoming films during media interaction 🎤

Meanwhile, Kajal Aggarwal would be featured alongside John Abraham in Mumbai Saga. This multi-starrer film is set in the 80s and 90s. Directed by Sanjay Gupta, this film is set to be released in June 2020. The other film that Kajal has in her kitty includes Indian 2, in which Kamal Haasan would be seen in the lead role. Indian 2 is the sequel to the 1996 film Indian and Haasan would be reprising his roles as Senapathy. Stay tuned for more updates from the world of entertainment!