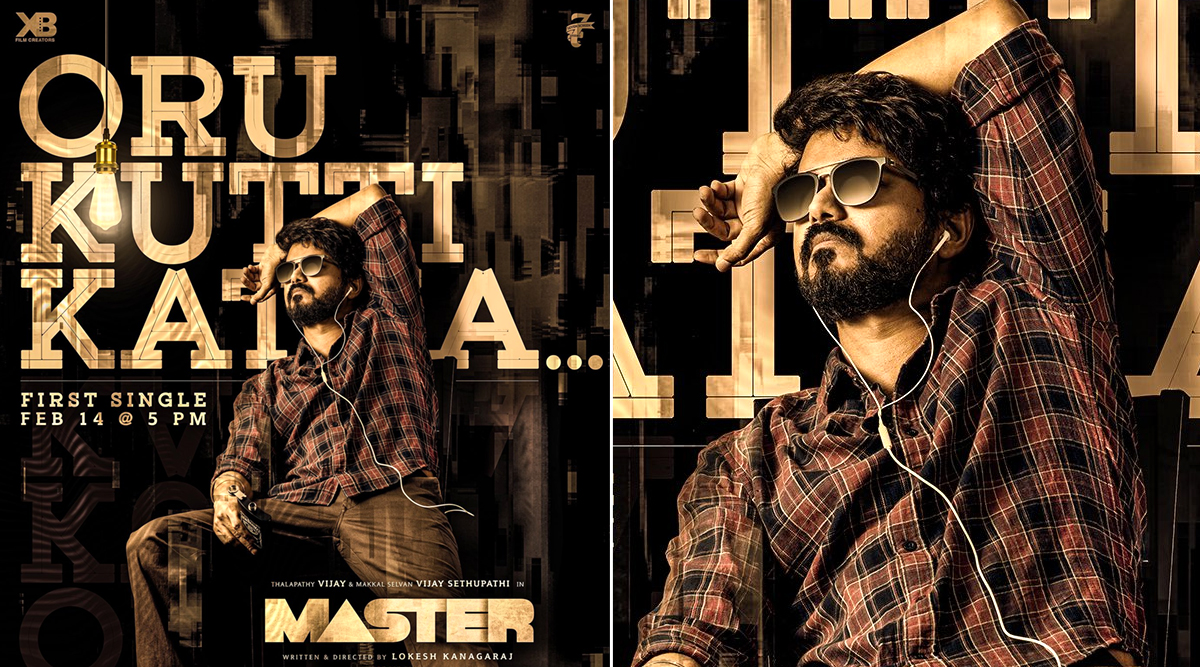 Thalapathy Vijay has always had the best in store for all his fans. And this time it is going to be a musical treat for all fans of this Kollywood superstar. The makers are all set to launch the first single from the upcoming flick Master. The song titled "Oru Kutti Kathai" will be out on February 14, which is also Valentine’s Day. The film’s director Lokesk Kanagaraj has released a poster to announce about this single, and after seeing it does not seem to be a romantic number. Post Income Tax Raid, Thalapathy Vijay Arrives On the Sets of Master and Fans Just Cannot Keep Calm (Watch Viral Video).

Thalapathy Vijay seems to be all relaxed in a casual attire, and seeing his body language it looks as if he is into some deep thoughts. Thalapathy is also seen using an in-ear earphone, with a hip flask in his right hand. The song is composed by Anirudh Ravichander and the buzz is rife that Thalapathy has crooned this track. Vijay's Master Faces Another Trouble! BJP Workers Start Protesting for Shooting in the Mining Area.

Fans of Vijay were upset after the actor was taken to Chennai by the income tax officials for investigation. An I-T raid was conducted on the sets of Master where Vijay was first questioned and later taken to Chennai. Post the enquiry, the actor returned on the sets of Master and also took a selfie with all his fans, which went viral. Well, fans are eagerly looking forward to "Oru Kuttu Kathai". Master, produced under the banner of XB Film Creators, is all set to be released in this summer.