Sarileru Neekevvaru Title Song: Mahesh Babu Pays a Heartfelt Tribute to the Indian Army With This Track on Independence Day 2019 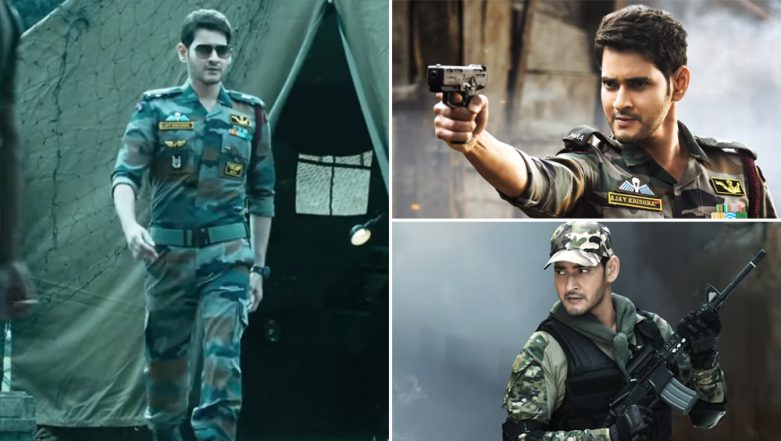 The title song of Mahesh Babu's upcoming film Sarileru Neekevvaru was released on August 15 on the occasion of Independence Day. A teaser of the film was recently released on the actor's birthday and we saw how Mahesh will be playing the role of Major Ajay Krishna in the film. On the occasion of India's 73rd Independence Day, the makers of Sarileru Neekevvaru released the title song of the film which is also a tribute to the Indian Army. The song video has archives of soldiers who have fought for the nation and is a fitting tribute for them. Sarileru Neekevvaru: Mahesh Babu’s First Look as Major Ajay Krishna Is the Perfect Birthday Treat For All His Fans (Watch Video).

Sharing the song on his Twitter handle, Mahesh Babu wrote, "To all the martyrs who laid down their lives to serve our nation. To every soldier who stands brave, tall & fearless in front of enemy lines...Let's salute each one of them today & every day! Value your freedom... Jai Hind." The song features archival footage of the Indian Army's bravest missions so far and we see actor Mahesh Babu turning up only towards the end.

Check out the song video here:

Majority of Sarileru Neekevvaru has been shot in Kashmir. Mahesh Babu recently even opened about shooting in the valley and spoke highly about the locals who were extremely welcoming. In an interview with Hindustan Times, the actor spoke about his Kashmir experience and said, "We had a wonderful time shooting there; the locals were so warm and cooperative with the entire team that it was a delight to shoot. Looking forward to go there again." Maharshi Superstar Mahesh Babu Reveals How Box Office Success Impacts Him as a Person!